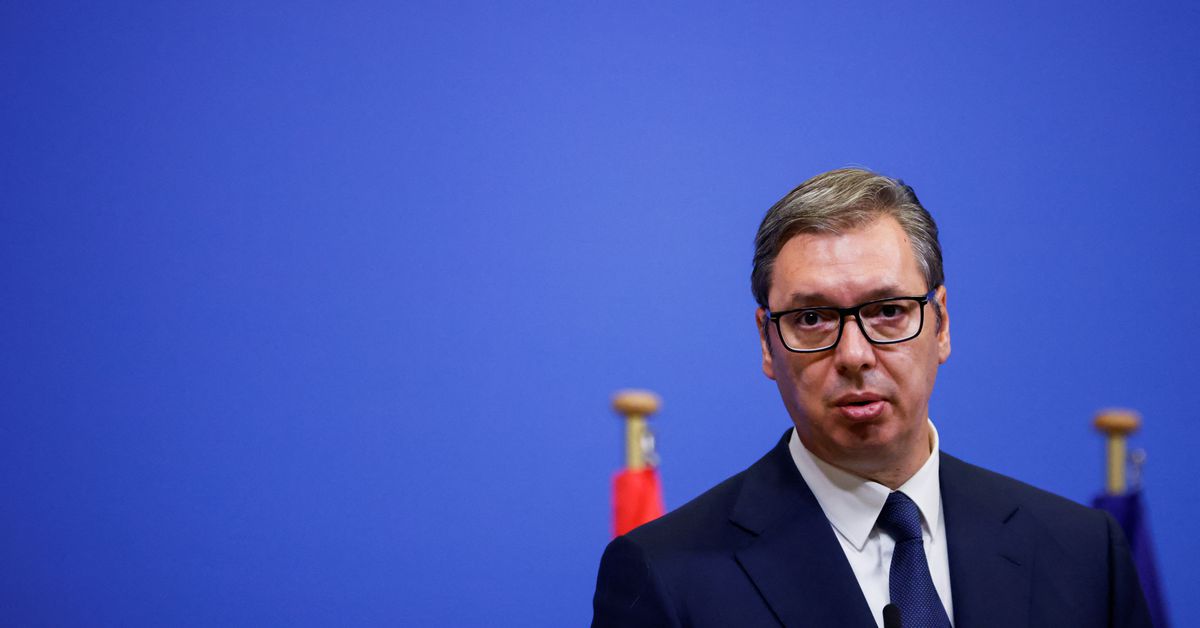 BELGRADE, Dec 10 (Reuters) – Serbia will ask NATO peacekeepers to let it deploy Serbian military and police in Kosovo, although it believes there is no chance of the request being approved, President Aleksandar Vucic said on Saturday.

Vucic told a news conference in Belgrade that he would make the request in a letter to the commander of the NATO force KFOR.

Vucic’s remarks came after a spate of incidents between Kosovo authorities and local Serbs who constitute a majority in northern areas of Albanian-majority Kosovo.

“We will request from the KFOR commander to ensure the deployment of army and police personnel from the Republic of Serbia to the territory of Kosovo and Metohija,” Vucic told a news conference in Belgrade. He said he had “no illusions” that the request would be accepted.

The government in Belgrade would formally adopt the document on Monday or Tuesday, he said.

It would be the first time Belgrade requested to deploy troops in Kosovo, under provisions of a UN Security Council resolution which ended a 1998-1999 war, in which NATO interceded against Serbia to protect Albanian-majority Kosovo.

The resolution says Serbia can deploy up to 1,000 military, police and customs officials to Orthodox Christian religious sites, areas with Serb majorities and border crossings, if such a deployment is approved by KFOR’s commander.

At the time it was agreed, Kosovo was internationally recognized as part of Serbia. With the West’s backing, Kosovo declared independence in 2008, a declaration not recognized by Serbia.