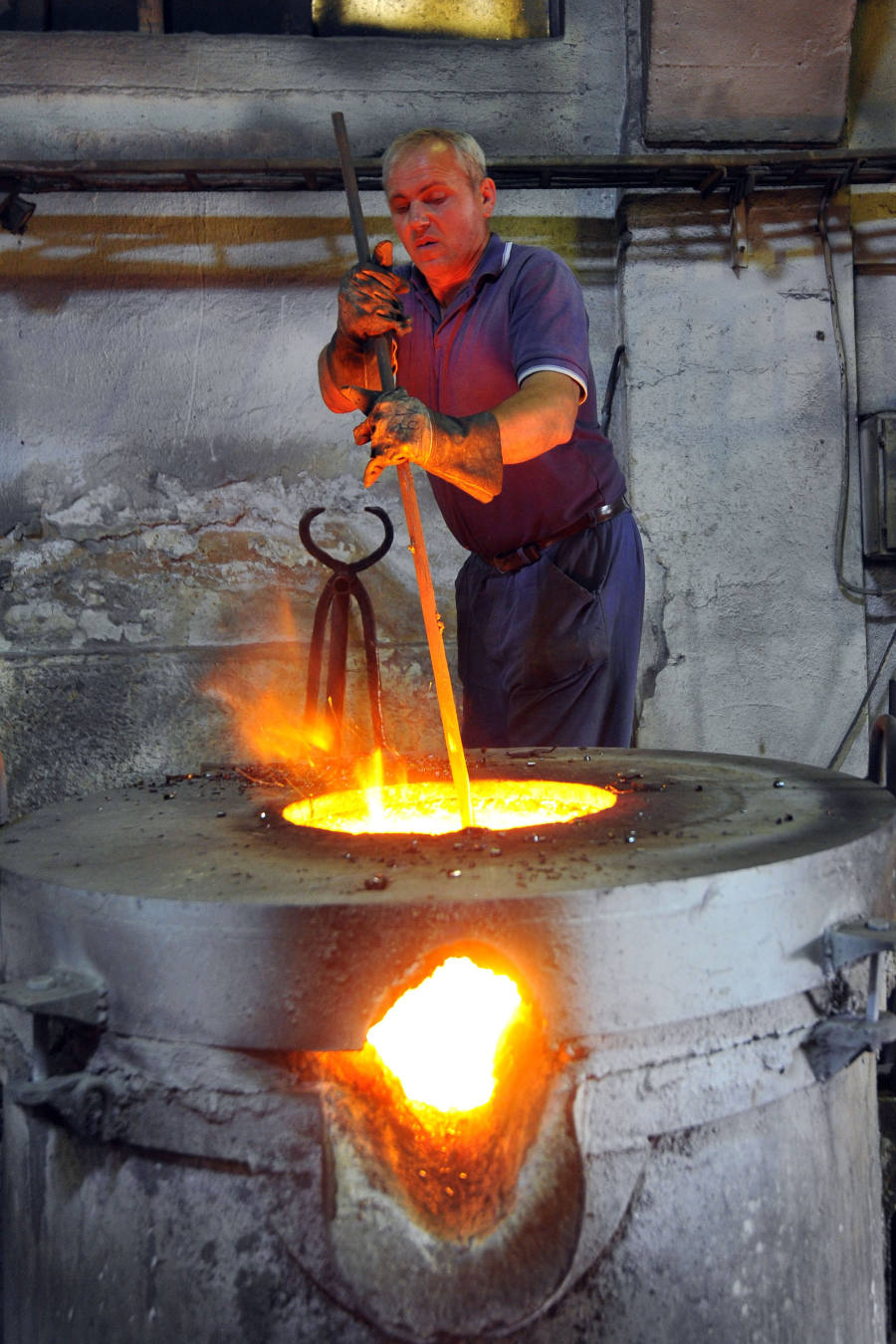 Serbia has one of the fastest growing economies in Europe. New highways are being built, more money is being spent on education and new paths are being broken in the fields of renewable energies, construction and engineering. Serbia’s ability to attract significant foreign investment, particularly from China, was critical to this transformation. But that is now in jeopardy.

Securing foreign investment is crucial not only for growth and employment in the country, but also for the legal, political and economic reforms required for Serbia’s accession to the Economic Union. China brings new technical know-how and innovation. But instead of adopting a new vision for Europe, the European Union’s skepticism towards China threatens to undermine future growth and stability.

In his State of the Union address, EU Commission President Jean-Claude Juncker made clear the reluctance of the EU towards China’s development program. “If a foreign company wants to buy a European port, part of our energy infrastructure or a defense technology company, it should only be done with transparency, scrutiny and debate,” he said. Germany, France and Italy have also looked for ways to “screen” investments in the EU to show that protectionist attitudes are taking shape within the EU.

beyondbrics is a forum on emerging markets for speakers from business, finance, politics, science and the third sector. All views expressed are those of the authors and should not be construed as the views of the Financial Times.

These proposals are vague at best, but the draft regulations include procedures for assessing, investigating, approving, condition, prohibiting or dissolving foreign direct investment. This week the EU also agreed on new rules to protect against cheaper Chinese imports.

All of this creates a potential conflict with China’s ambitions in the Balkans and is likely to have a direct impact on Serbia. Our country

Serbia is at the center of the Chinese infrastructure initiative “One Belt, One Road”, a transport and trade corridor that leads from China to Germany via Greek ports, the Balkans and Central Europe.

This means that money has been put into building roads and high-speed rail lines, which has contributed to a 2.8 percent increase in Serbia’s economic growth over the past year. According to data, the total volume of trade between China and selected Western Balkan economies reached 3.3 billion euros in 2015-16. Serbia accounted for almost half of the total trade volume.

Last month, the government also announced that it would create 10,000 jobs through a joint EUR 300 million project with China Road and Bridge Corporation to build an industrial park in Belgrade so that Serbia can keep its young engineers and nanotechnology, biotechnology and IT Systems.

The question of whether external factors in the region, namely Russia and China, offer an alternative vision, as some fear, was debated this week at the Belgrade Security Forum. The simple answer was no. Indeed, Europe remains Serbia’s main foreign trade partner and is committed to doing whatever it takes to achieve our strategic goal of EU integration. Serbia’s progress is reflected in this week’s announcement that five more chapters could be opened in its accession negotiations with the EU by the end of the year.

For Serbia to flourish, it needs to be easier, not harder, to attract investors who can create more jobs, improve living standards and stimulate economic growth. Investments from China had a positive and immediate impact on Serbia’s transformation and effectively helped it become a respected political and economic force in the region. These reforms not only bring Serbia closer to the EU, but are also vital to the establishment of peace and stability in the region. Speaking to the United Nations, President Alexandar Vucic said: “Economic growth and reform are a prerequisite for [a] a better life primarily for the poor and the middle class. “

In preparing for the review of Chinese investments, the EU has so far been unwilling to come up with credible alternatives. This vacuum, coupled with the “accession fatigue” created by the neglect of Serbia by the EU, has damaged trust in the EU. A new survey by the Regional Cooperation Council this week showed that old wounds may be harder to heal than the EU imagines.

Serbia is the only country in south-eastern Europe where the people who feel that joining the EU are bad are now outnumbered than those who see it positively. The scale of the challenge facing Serbia and the EU is that 38 percent of Serbian citizens do not believe their country will ever join the EU, and only 18 percent expect Serbia to join the bloc by 2025, while the economy will only exacerbate that view .

For China, the Balkans are clearly a gateway to larger European markets. This also gives Europe an opportunity to capitalize on China’s positive contribution to the region and to work with China to develop free trade networks that benefit everyone. If the USA and Donald Trump stick to an “America First”, an isolationist policy, in my opinion the future prosperity of Europe depends on it.

Europe also needs to do more to protect countries like Serbia. What Serbia needs now is a consistent assurance of EU membership. This does not necessarily mean to speed up the EU accession process, but to be more visible for the Serbian people in order to win hearts and minds and to ensure better access to the Western European market.

The most positive sign that the EU’s attitude towards Serbia is changing came this week when Johannes Hahn, Commissioner for European Neighborhood Policy and Enlargement Negotiations, promised: “Serbia belongs to Europe and will soon become part of the European family”.

Now is the time to put those words into action.

Vladimir Krulj is special advisor to the Serbian government, chairman of Komercijalna, one of the largest banks in the Balkans, and a business fellow at the Institute of Economic Affairs, the UK think tank.

Jashari convinced of victory: The citizens of Skënderaj are not used to runoffs, they are lined up in government with clean hands – Latest News