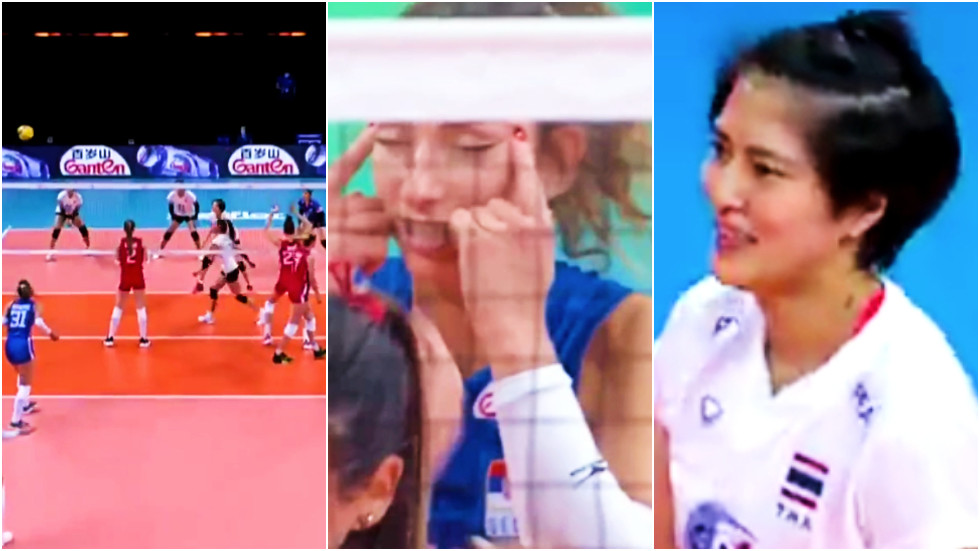 A Serbian volleyball star has been banned and fined for two games for making a racist gesture during a game against Thailand last week – and the country’s federation has urged the public not to do this “over the top”.

A petition was launched by outraged viewers after Sanja Djurdjevic was seen narrowing her eyes with her fingers before laughing at her gesture in a game against Italy last week. Some even claimed the footage reflected a reported increase in incidents of hatred against Asians against Americans and Pacific islanders since the Covid-19 pandemic began.

Djurdjevic, who allegedly apologized on her Instagram account before putting it on private, will now miss her nation’s games against Belgium and Canada because the Serbian volleyball association called a “simple misunderstanding”.

The association has been fined more than $ 22,000, which is expected to be used to fund an cause “combating discriminatory behavior” and supporting “cultural awareness programs.”

“Please don’t blow this too much,” said an association post on Facebook and apologized to Thailand, the Thai team and “all of you who are affected by it”.

“Sanja is aware of her mistake and immediately apologized to the entire Thai team. She just wanted to show her team-mates that we are now starting to play like them.”

“She didn’t mean disrespect. Of course it was unfortunate.”

There is no place for this type of behavior in sport or in life. So it should be a zero tolerance policy. The answer is simple @volleyballworld The organizers should send the Serbian team home excluded from the tournament so it never happens again.

Thai superstar Pleumjit Thinkaow has been described as an “angel” by some fans after posing in an Instagram video after playing with Djurdjevic when the Serbian player was reportedly upset about the incident.

Djurdjevic took off her mask and blew a kiss as part of the clip that Thinkaow shared with her more than one million followers on the social media platform.

Angry viewers voiced their anger, with some resorting to a scandal again in 2018 when the Serbian women’s team was accused of making racist eye gestures in a group photo after reaching this year’s FIVB Women’s World Cup in Japan.

“A Serbian player makes a racist ‘weird look’ gesture towards Thailand’s volleyball players in the FIVB [tournament]“, Said one and asked the bosses to take action.

“This behavior is disgusting and should not be tolerated. This is not the first time either.”

Another said to Djurdjevic: “Your actions are not cute. You are a national player – why do you react so to Asians?”

Also on rt.com
“There is no novelty here”: Putin refuses to be angry about Ukraine’s Euro 2020 jersey with Crimea in the lead