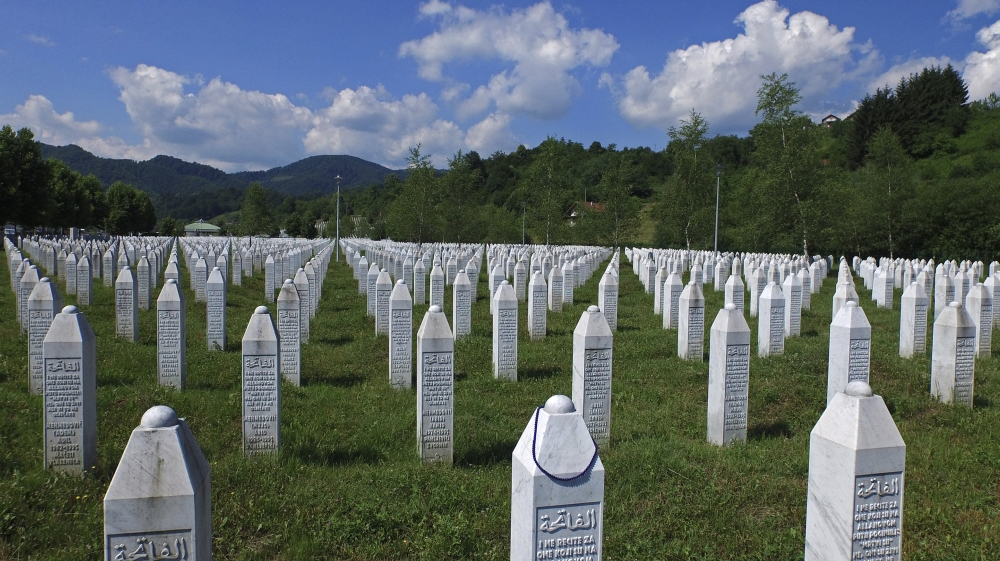 Aleksandar Vucic says he will attend the 20th anniversary ceremony after a UN vote condemning the massacre was postponed.

The Serbian Prime Minister has announced that he will attend the commemoration of the Srebrenica massacre in 1995, hours after the UN Security Council postponed the debate on a 20th anniversary resolution.

“Tonight the government unanimously decided that I, as Prime Minister, will represent Serbia in Srebrenica on July 11, if the conditions are met.” Aleksandar Vucic said on Tuesday at a press conference in Belgrade.

Tonight the government unanimously decided that, as Prime Minister, I will represent Serbia in Srebrenica on July 11, if the conditions are met

A UN Security Council vote on a resolution condemning the Srebrenica massacre as genocide has been postponed to Wednesday as Britain and the United States try to persuade Russia not to veto the memorial ceremony, diplomats said.

Vucic’s participation in the July 11 ceremony in eastern Bosnia will mark a milestone in reconciliation between the former Yugoslav republics after the wars of the 1990s that killed around 135,000 people.

“When I talked about the conditions, I thought of the position of (Srebrenica’s mayor) Camil Durakovic, mothers (of the victims) and the Muslim member of the (tripartite) presidency of Bosnia,” he said.

Durakovic and other prominent Bosniaks have spoken out against Vucic’s visit, particularly after Naser Oric, Srebrenica’s war commander in Switzerland, was recently arrested on a Serb war crimes arrest warrant.

Former Serbian President Boris Tadic attended Srebrenica’s 15th anniversary in 2010, but Vucic, a former nationalist, is more closely associated with Greater Serbia ideology which has fueled much of the bloodshed.

On July 11, 1995, towards the end of the Bosnian War 1992-95, Bosnian Serb troops overran the eastern enclave of Srebrenica, an area designated by the United Nations as a “safe area”, and executed around 8,000 Muslims in the days that followed.

Serbia admitted in 2010 that a “serious crime” was taking place in Srebrenica and condemned the massacre for seeking closer ties with the West but not calling it genocide.

More on this story: 20th anniversary of the genocide in Srebrenica

Vucic said he had received assurances that the UN resolution on Srebrenica, which he described as “humiliating” for Serbia and the Serbian Republic, would not be adopted “in its current form”.

“During the day we had an enormous number of consultations with various representatives of countries that are members of the UN Security Council, and to the best of our knowledge, the resolution in its current form, in which Serbia and the Bosnian-Serb Republic are accused, undoubtedly not adopted in the Security Council Council, “he said.

He also thanked Russia, China and “other countries” for opposing the resolution.