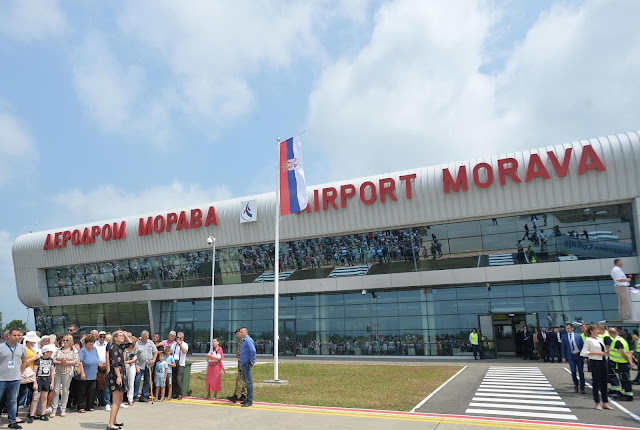 The Serbian government has adopted a new decision concerning “the pronouncement of airline routes in the public interest”, which cover two services from Kraljevo’s Morava Airport. As a result, the state will subsidize three weekly year-round flights from Kraljevo to Vienna, starting December 1, 2019, and a seasonal three weekly service to Greece’s second largest city of Thessaloniki, which is to be launched from March 10, 2020. Both routes are to be maintained until at least the start of 2022. A public call is expected to be launched in the coming weeks to select an operating carrier. According to the government, routes eligible for state subsidies are either those lacking commercial interest, that carry less than 100,000 passengers per year or those that are insufficiently served by other means of transport.

Located in Central Serbia, Kraljevo’s Morava Airport was officially opened in late June. At the time, the General Manager of operator Airports of Serbia, Mihajlo Zdravković, said, “We have already held talks with several airlines, and I must say there is interest. This is displayed by the fact that we have leased out commercial space at Realistically speaking, we can expect the first commercial flights from Morava Airport to be inaugurated during the winter season. These will be regional services run by smaller aircraft. We would also be satisfied if they were to start next summer, keeping in mind that the airport has a catchment area of ​​some one million people, as well as the region’s business potential and growing tourism”.

The Serbian government has also begun procedures for the construction of a second runway at Morava Airport, which is due to begin some time in 2020. “We will provide funds for this project in next year’s budget. In addition to the introduction of scheduled commercial flights , it is important for Morava Airport to become a center for cargo operations, which will be aided by the construction of the Morava Corridor”, the Serbian Minister for Construction, Transport and Infrastructure, Zorana Mihajlović, said recently. The planned corridor is a 110-kilometer highway valued at 800 million euros that is to be built by the US-Turkish consortium Bechtel-ENKA and will pass near the airport. Its construction is scheduled to begin next year.

Earlier in 2019, the Serbian government pronounced twelve routes of public interest from the country’s second busiest airport in Niš. The subsidy deal, valued at five million euros per year, was awarded to the only interested applicant – Air Serbia. The now-defunct Adria Airways later filed a complaint against the airline with relevant European institutions, arguing that the subsidies represented illegal state aid provided by the Serbian government to its national carrier.