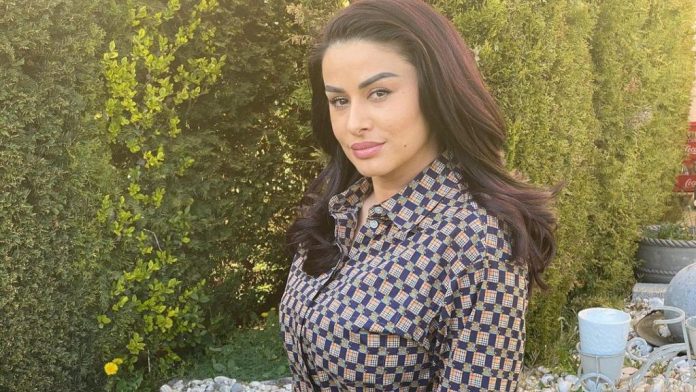 In October 2020 we learned that the famous singer, Shkurte Gashi was expecting her first child, but kept the pregnancy a secret, while in December she gave birth to a boy, who decided to call him Mal.

During the pregnancy we never saw her with a round belly and even after the birth she did not post anything on social networks, even the singer kept secret the identity of her partner, who made her a mother for the first time. However, Shkurtja seems to have started to “break the rules” and could not keep to herself the gifts that her partner gave for her birthday, the singer had a birthday and showed that she received a very special surprise from her husband.

The latter made a pendant as a gift to the singer, in which he made a very romantic dedication “In your eyes is my happiness”, he wrote in the pendant./Indeksonline/ Marigona Hajdari shines, is declared the best in the victory of Ringkobing – Latest News