Since January, lecturers have obtained a 12.5 % enhance; a 3rd of the eighth graders select biology for the third take a look at 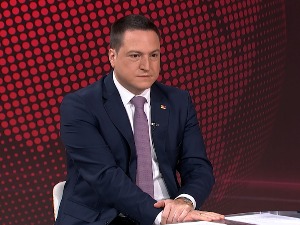 Teachers will receive a double-digit salary increase in the new year, but they believe that it is not enough because their income is still below the national average.

“From the point of view of salary, I can understand and understand one of the representatives of the trade union, because they are the most humane and important profession in addition to health workers. But we constantly have an increasing trend, new schools and kindergartens are constantly being built, we are starting with the realization and extension of new facilities of higher education institutions, we built science and technology parks, institutes,” Minister of Education Branko Ružić told RTS.

He points out that the 12.5 percent salary increase is a big step forward, if you take into account the Ukrainian and energy crises.

Today is the deadline for eighth graders to choose the third subject they will take at the junior high school graduation.

“So far, 65,961 students have chosen, another 548 students should take advantage of that opportunity, if they do not do so for objective reasons, they have the opportunity to choose until January 27. The largest number chose biology – 38 percent, 28 for geography, 16 for history, 9 for chemistry, 8 percent for physics,” said Ružić, pointing out that 71 percent applied electronically through the portal mojasrednjaskola.gov.rs.

The students are on vacation from today. Those who go to elementary school will be on vacation until January 23, while high school students return to school a week earlier. Students from Vojvodina have already been on vacation for seven days, so they start the second semester earlier.

Commenting on the case of a child from Vladica Han who died after swallowing an acorn in kindergarten, Ružić said that it was an indescribable tragedy, that the educational inspection immediately went to the field and that its findings will be part of the entire case. We are still waiting for the medical documentation from the autopsy and after that all the facts will be established, said Ružić.

It is unacceptable to cast a dark shadow on children

Speaking about the measures to combat peer violence, the minister said that the proposed measures were adopted, which include changes and additions not only to by-laws, but also to the law on education.

“We do not see violence as a social phenomenon exclusively related to schools, it is important that we all work together as a society to prevent it as much as possible, through education and prevention of violence, it is unacceptable to cast a dark shadow on the education system, especially not on children,” he said. Ružić.

One of the goals is to prevent the manipulation of certain acts that already exist, such as the fact that a child who commits violence of the third degree is discharged and enrolled in another school, without sanctions, and the minimum level of punishment for parents has been raised.

He expects that the amendments to the law will be before the deputies already in February.