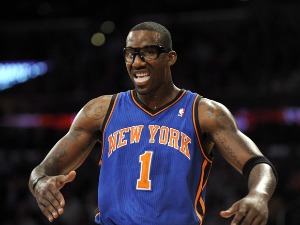 According to the news agency IPS, the 208-centimeter-tall Stoudemire entered her daughter’s room and slapped her several times after accusing her of being rude to her grandmother.

After the incident, the fourteen-year-old girl called her mother and sent her photos of her crying and bloody face, after which the police came. The police officer who made the report wrote that the girl had blood stains on her tracksuit and sweater.

After his arrest, Stoudemire denied the charges against him and was released.

During his career, Stoudemire played in the positions of wing center and center, and he spent the best years of his career with the Phoenix Suns and the New York Knicks.