The church in Gornja Gušterica was damaged into in Kosovo and Metohija, the fifth in 10 days 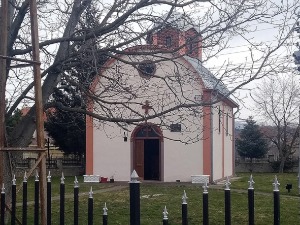 Money was stolen from the church, the front door was broken into and other material damage was caused, and the burglary was noticed by the residents of this village in the morning and the authorities were informed about it, the Government Office for Kosovo and Metohija announced.

It is emphasized that in the previous 10 days, this is the fifth church in Serbian communities in Kosovo and Metohija that was targeted by vandals and robbers, which clearly indicates that the Serbian religious heritage is continuously endangered, and thus disturbs the peace of Orthodox believers.

It is inadmissible that in the 21st century on the territory of Kosovo and Metohija, whose politicians in Pristina and international representatives declaratively stand for European values, religious tolerance and coexistence, the most terrible violations of religious rights and freedoms take place on the ground, the statement said.

The Office for Kosovo and Metohija appeals to all representatives of Pristina’s temporary bodies and international institutions, who have undertaken the duty and obligation to ensure peace and security of the Serbian people in Kosmet and protect Serbian property and religious heritage, to urgently resolve these cases and bring the perpetrators to justice. .