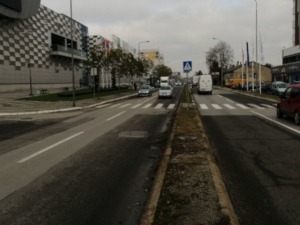 Maja Jović, representative of the parents who organized the protest at the scene of the accident near the shopping center in Kragujevac, confirmed to RTS that the girl died.

After the accident on December 7, when she was hit by a car at the pedestrian crossing, the thirteen-year-old girl was admitted to the University Clinical Center in Kragujevac.

She was brought in with severe head and chest injuries and was in the intensive care unit.

Citizens organized a protest at the scene of the accident, asking the authorities to set up appropriate traffic signals on Queen Mary Boulevard.