The ITF terminated the contract with “Kosmos”, the corporate that organizes the Davis Cup 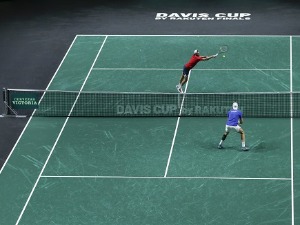 The International Tennis Federation has decided to regain control over the organization of the Davis Cup and to terminate the partnership with “Cosmos”, which began in 2018, the ITF statement added.

The contract was originally signed for 25 years, and its value was around three billion dollars.

The investment group “Cosmos”, founded by the former Spanish soccer player Gerard Pique, offered a revised formula for the Davis Cup, which is a team competition more than a century old, in 2019.

“The ITF has ensured that financial contingencies are covered. We, as guardians of the competition, will run the 2023 qualifiers and finals as planned. The eight-team Davis Cup final will be held in Malaga in November,” the ITF said.