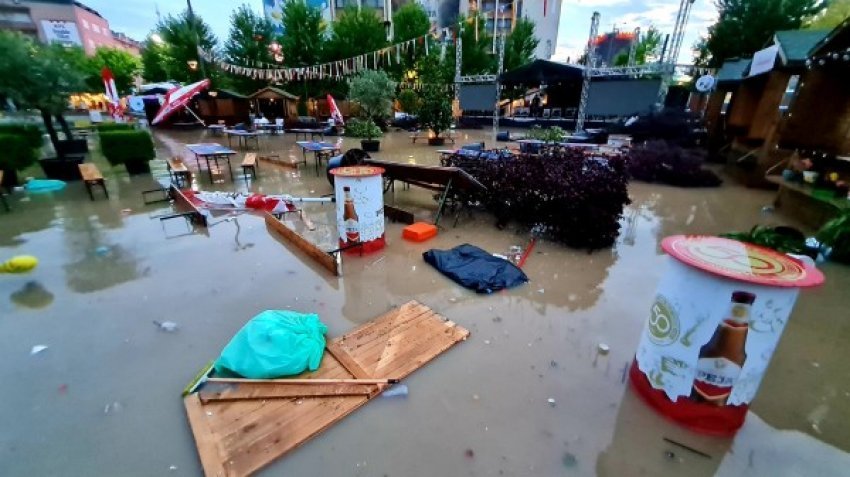 The Deputy Mayor of Prishtina, Selim Pacolli stated that after the recent rains, there were floods in four neighborhoods in the capital, as well as in the village of Zllatar.

Selimi said that in the village of Zlatar, there are family households that are extremely damaged.

“Two families have left their homes and we hope that after the interventions that the municipal teams are making, those families will return home,” he told Radio Dukagjini.

According to him, there was damage from the floods in the square, specifically in the lodges which are placed waiting for compatriots. He added that almost all the lodges are destroyed.

“We guarantee that from tomorrow they will be ready for our citizens”, he said, adding that the municipal teams and in support of the KSF, are on the ground to help the citizens and repair the damage.

Severe condition on road B, rain also penetrates through the premises