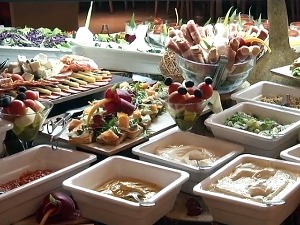 The Matović brothers from Bogutovac were surprised when a letter of praise arrived at their address gastronomic inspectors. With a letter and a recommendation to foreign tourists to visit their tavern, which is considered to be the oldest in Serbia.

Krsto also pays attention to the tastes of Serbia, but also of the world, who won the title of the best pastry chef.

“I think they recognized innovation, hard work, attention to detail.” Simply, creativity that is inexhaustible. Every day, tourists recognize it, they come, it’s very exotic for them and they like our tastes”, says pastry chef Krsto Radović.

Since the beginning of this year, around one million foreign tourists have visited Serbia and spent around two and a half million overnight stays, as one of the main reasons they state that they come to Serbia is because of the specific gastronomic offer.

“Research has shown that one in five tourists highlighted gastronomy as one of the reasons for coming to Serbia, and what is equally important, that almost every tourist among the top three positive impressions they take from Serbia, precisely one of them is gastronomy”, notes Marija Labović, director of the Tourist Organization of Serbia.

The tastes of Serbia are unique, while the quality of food has been increasing in recent years – foreign culinary inspectors concluded. However, they have a recommendation for restaurateurs on what they can do better.

Mira Šemić, director of the “Go Mijo Srbija” guide, says that we need to work on the presentation on the plate, the more professional attitude of the waiters and all the people who are in contact with the guests themselves.

When the restaurateurs refine these finesse, there is no doubt that foreign tourists will be delighted with the wedding cabbage, prosciutto and hot roast.

When all that is poured over with local wine and sweetened with cakes, it is certain that gastronomic tourism is an opportunity that should not be missed.