The Meeting of Serbia has adopted the CROWN LAW, that is when it enters into power 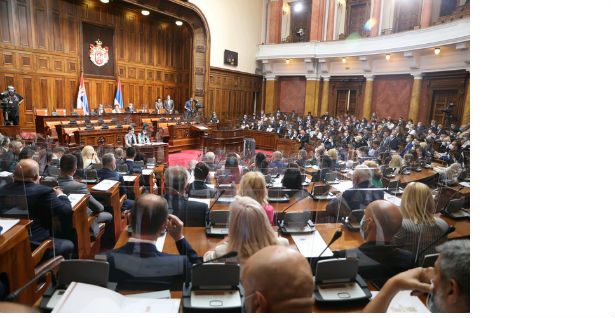 The law was adopted by a majority of 189 votes to one, with one abstention.

The President of the Assembly, Ivica Dačić, said that there were justified reasons for the entry into force within less than eight days from the day of its publication in the Official Gazette.

Otherwise, the amendments were not submitted, so the vote to change the law was voted in full. As Dacic said, one amendment did arrive from the Protector of Citizens, but it was not submitted in time, before the discussion began.

Minister of Health Zlatibor Loncar said that the goal is not to punish anyone, but that he wants to protect 95% of people who respect measures, do not go to birthdays, celebrate modestly, do not make weddings and weddings, and behave in accordance with the measures.

– We have before us a bill. Please consider this proposal as another in a series of measures in the fight against coronavirus. With this bill, we are shaping the legal framework – said Lončar and added that he would try to keep the epidemic under control.

Increased responsibility of citizens in the fight against the crown

The law envisages the introduction of personal protection measures and increased responsibility of citizens, for the implementation of which, in addition to the sanitary, the communal inspection and the communal militia are responsible, both for natural and legal persons.

The amount of fines for not wearing masks indoors and disrespecting physical distance will remain unchanged (5,000 dinars for individuals and from 50,000 to 300,000 for legal entities), but their application will be faster and more efficient.

In addition to the prescribed competencies of communal inspectors and militiamen, as well as clear provisions on quarantine and home isolation, the amendments to the Law also contain a section on immunization of the population.

Once the amendments have been adopted, their application shall begin eight days after their publication in the Official Gazette.

At today’s session, the Government of Serbia determined the Draft Law on the final account of the budget for 2019, which envisages total revenues and incomes realized on the basis of the sale of non-financial assets of the budget of Serbia for 2019 in the total amount of 1.328 billion dinars.

NATO: We assist the continuation of the dialogue between Belgrade and Pristina