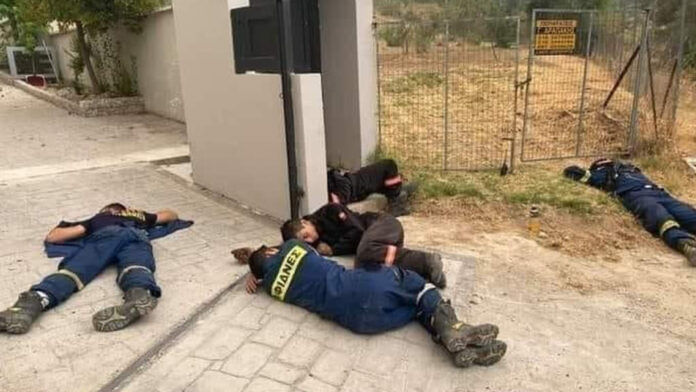 A touching picture of Greek firefighters has made the rounds of the network.

The media in the country have published a photo in which some volunteer firefighters appear resting, lying on the ground, after fighting for hours with flames.

According to reports, they are members of the Association for the Protection of Forests Volunteers, lying on the ground from exhaustion, while trying to “steal” a few moments of rest.

The photo was published Friday morning and since then counts thousands of posts and comments about the heroism of firefighters and their contribution to the battle with the flames. sb / abcnews

Greek volunteer firefighters take a brief power nap after an overnight struggle with the major wildfire in the northern suburbs of Athens.#Greecewildfires pic.twitter.com/Y4veozk9S8

Neymar offers Messi’s number 10 to PSG, but is rejected by the Argentine – Latest News