The President of Kosovo motivates the girls “Dardane”: All the people are with you – Latest News Kosovo girls will compete in the European Championship for Small States, which will be held from 20 to 25 July in Cyprus.

The girls of Kosovo were visited by the President of the Republic of Kosovo, Vjosa Osmani.

The Vice President of the Basketball Federation of Kosovo (BFK), Linda Shala, said in front of BFK officials, staff and players of Kosovo that the President is the best example that girls in Kosovo should follow.

“This is the first time we compete with Kosovo A in women. The Basketball Federation of Kosovo has enabled the treatment to be equal as for men. We as a federation have a large representation of women, in the Board and decision-making bodies. We are the first federation in Kosovo to have the first female chief executive, Elvira Dushku. I think that the President of Kosovo is the best example that with work and dedication you can reach the top. Osmani started very young in politics, he was educated, educated and today he is the President of Kosovo. “This is an example that you should follow,” said Shala. 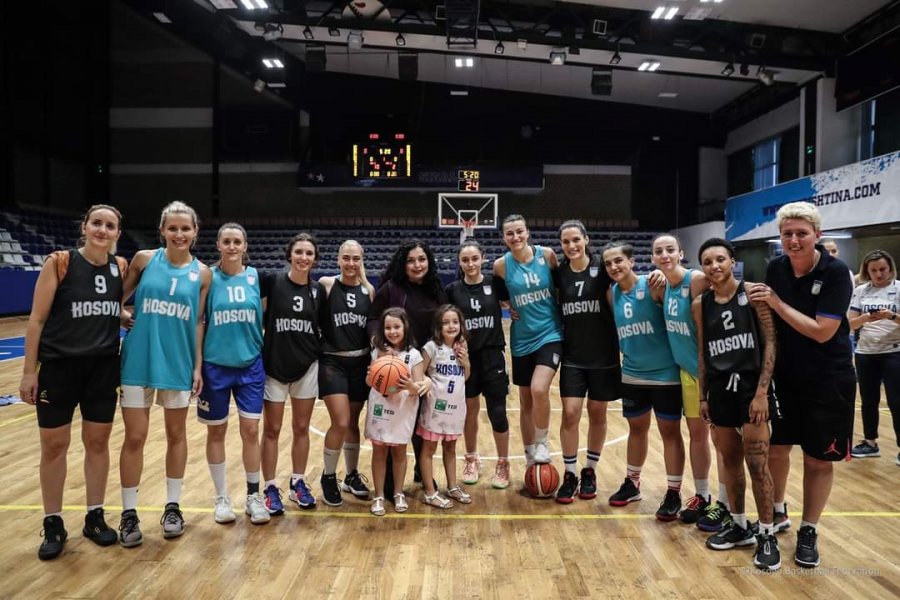 Meanwhile, the President of Kosovo said that girls will always have the support of her and Kosovo institutions.

“It is a pleasure to be with you tonight. I am confident that, with the effort, diligence and sacrifice you are making, you will represent the country in the best possible way. In Cyprus, even though we are not physically close to you, we will support you to the maximum. With a lot of work, success will also be achieved. “You represent your country.”

“Represent the colors of the state of Kosovo. I know it’s a big burden, it’s a double burden. The race is not just about sports, but even more so. I am convinced that you, like other girls, with a lot of dedication and pride will have success. It is a pleasure for me to see the great work of Linda (Shala) and Elvira (Dushku), whom I have known for a long time, but also of the coaches and everyone else. But I also want my girls to learn from you. They like basketball and hope they will follow your path. We will follow you during the matches. I wish you good luck and success “.

“You fully deserve the support of the institutions. Through sport we will break down barriers that we as politics have not reached. In Cyprus, I hope we will shine as the Republic of Kosovo, to show that we are not a country only in the political sense, but also in the sense of sports talent. “Together with Prindon, with my daughters and above all, with a whole people, we are behind you”, said Vjosa Osmani, who was accompanied by her husband and two daughters.

In the end, the President was given two T-shirts and two balls for her daughters.

The Eiffel Tower in Paris reopens to guests