The previous King of Greece, Constantine II, has handed away 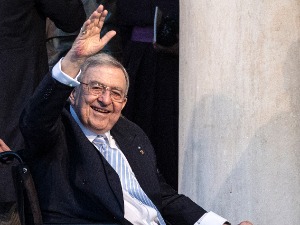 Constantine II, the only son of King Paul and Queen Frederica of Greece, ascended the throne in 1964 after the death of his father, but his reign was marked by political instability that culminated in a military coup on April 21, 1967, according to Reuters.

A few months after the coup and the failed attempt to counter the military junta, King Constantine II was forced to flee the country.

In a referendum called by the government of national unity after the fall of the junta in 1974, the Greeks rejected the monarchy for the second time, making Constantine the last king of Greece.

Although Athens stripped Constantine of his citizenship, the royal family was still compensated with 13.7 million euros in 2002 for their former property in Greece.

Constantine has five children with his wife, Queen Anna-Maria of Greece.

The former king was an avid sailor whose team won the gold medal at the 1960 Olympics.

Constantine is the godfather of Britain’s Prince William, and his family lived in London for years before returning to Greece.