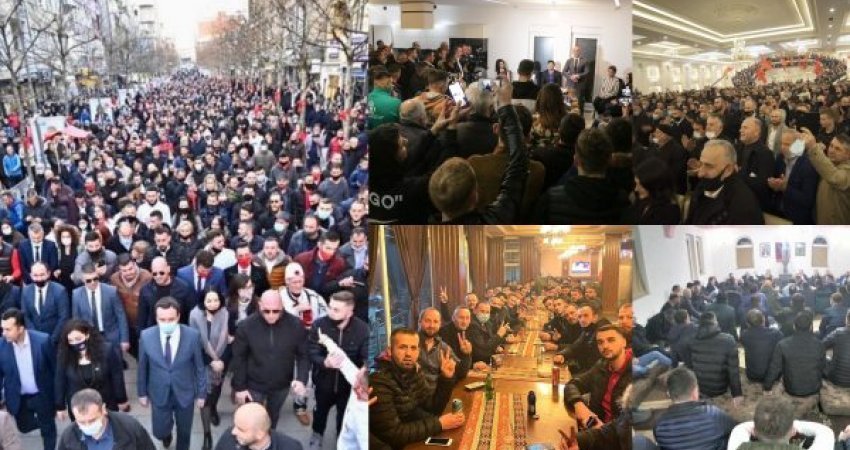 The political parties that were convicted during the election campaign for the February 14 elections for violating the anti-covid law in the Pristina region have not yet paid their fines.

The Directorate of Inspection of Prishtina had fined all Albanian political parties with 2 thousand euros for each, but some of the political entities have not yet paid the fines imposed.

Adonis Tahiri, director of the Inspection in the Municipality of Prishtina said that there are three political parties that have not paid any fines, while three others have already paid the amount of 2 thousand euros.

“Vetëvendosje Movement has paid seven sentences, the Democratic Party has also paid three sentences, while the New Kosovo Alliance has paid one and only sentence,” said Tahiri.

And the parties that have not been able to pay the sentences are the Democratic League of Kosovo, the Alliance for the Future of Kosovo and the Social Democratic Initiative, which in the last elections failed to cross the electoral threshold.

“The Democratic League of Kosovo has five fines that no one has paid, the Alliance for the Future of Kosovo three that it has not paid and NISMA has a fine that it still has unpaid,” said Tahiri.

Political entities were fined based on the Anti-Covid Law adopted by the Assembly of Kosovo, precisely according to Article 25.1 of the Law on Prevention and Combating the Covid-19 Pandemic.

But what happens if the political parties do not pay the fines imposed? “In case of non-payment, these go to the bailiff procedure and it becomes more expensive for each subject”, said Tahiri.

The official photo of President Osmani is selected and placed