The very best wage within the IT sector in Serbia is 8,500 euros, what are the typical salaries? 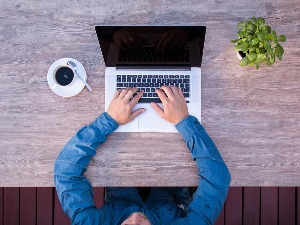 Candidates in the IT industry are increasingly active on the labor market, the number of applications for advertisements has increased by 26 percent compared to previous years. The export of information and communication technologies and the demand for personnel in these services are growing. That is why incomes in the IT sector have also increased.

This year, the export of Information and Communication Services is 2.5 billion euros, which is a 40 percent increase compared to the previous year. According to Eurostat data, Serbia had one of the largest increases in the number of employees in the ICT sector in Europe, with a growth of more than 50 percent compared to 2016.

Marko Vučetić from the specialized website “Hello World.rs” said that the export of ICT services is accompanied by an increase in wages.

“It is important to take into account the increase in salaries in the IT sector so that our IT experts remain in our system,” Vučetić emphasized as a guest on the Morning Program.

He noted that between 80,000 and 90,000 ICT experts work in Serbia, but we should not forget the projected growth from 2025, which will certainly depend on the situation between Russia and Ukraine.

“Between 120,000 and 150,000 experts in the ICT sector are expected by 2025,” Vučetić pointed out, adding that the arrival of Russian and Ukrainian IT experts is also changing the picture in the IT sector.

He stated that our experts learn from their Russian and Ukrainian colleagues.

It was published that salaries in the IT industry go up to 8,500 euros. He points out that the software developer from Belgrade has the highest salary, and there are other paid positions, so the team leaders earn 2,600 euros, while the expansion is currently held by project and product managers and their average salary is 2,100 euros.