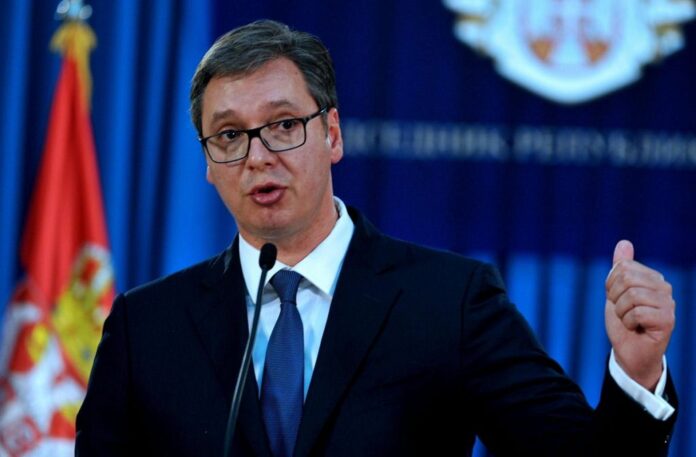 Vucic said that the continuation of the Pristina-Belgrade dialogue is a matter of days.

During the conference, Vucic said that in the meeting with Palmer and Lajcak, he told them that Serbia does not want a frozen conflict and wants to solve problems from the past.

Among other things, Vucic expressed readiness and commitment in resolving the fate of missing persons from Kosovo, but he said that the Kosovo side should also be committed to this issue.

Vucic said that the great powers are putting pressure on Serbia to change its mind regarding the recognition of Kosovo, but he said that such a thing will not happen.

Also, Vucic said that this afternoon the production of the Russian vaccine Sputnik V will start at the Torlak Institute in Belgrade./indeksonline