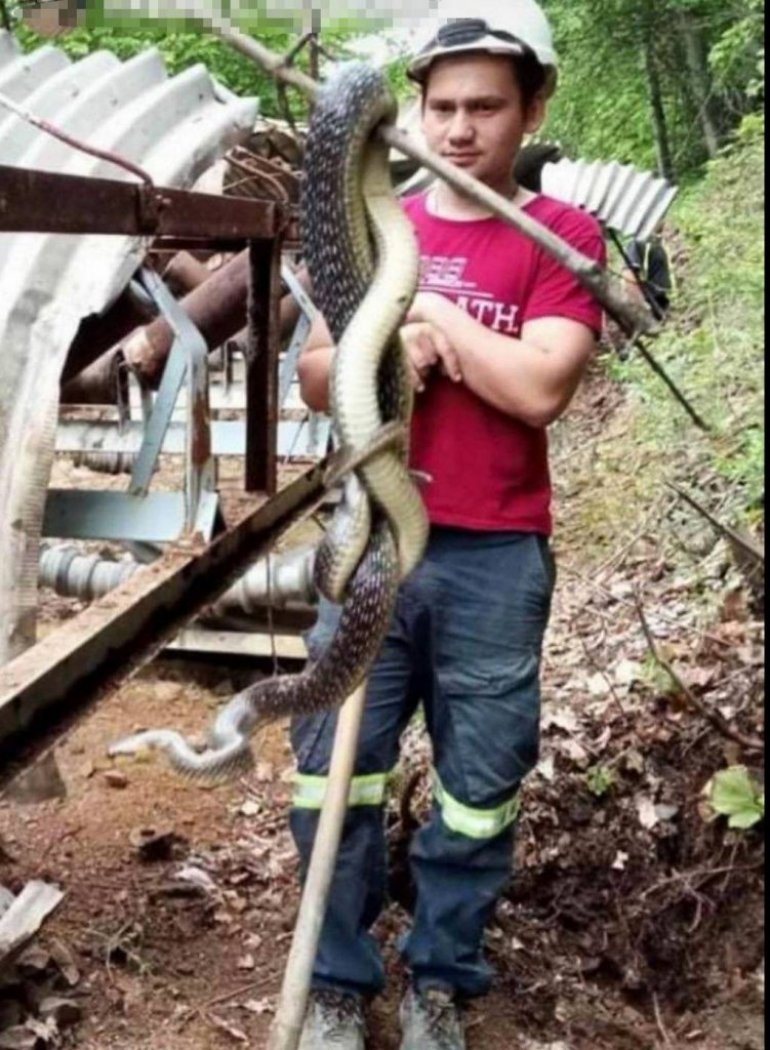 With one such specimen of a snake, more than 3 meters long, the miners found themselves “face to face” at the Surface Mine, more precisely at the tailings disposal site.

Workers found him wrapped around a metal structure while clearing the strip. Since it is a route that passes through the forest and rocky terrain, it is not surprising that skis can be found very often in these areas.

Private archive Unexpected guest in the mine

As many claim, it is not nice to see them in the picture, it seems that miners are used to such scenes. This species of snake is a strictly protected species. They live mainly on dry and sunny sides, sometimes near water, in forests and on their edges, among bushes, but they can often be seen in vineyards.

They are considered a non-venomous species of snake, but caution is always needed when encountering any type of snake, even this one.