Three elephants died of herpes within the Zurich zoo 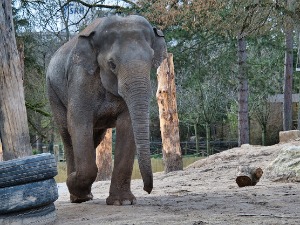 Ruwani, a five-year-old elephant, died after succumbing to the endotheliotropic herpes virus, which is latently carried by almost all elephants, reports Reuters.

Before Ruvani, on July 11, an eight-year-old female Omiša died, and a two-year-old male Umeš died at the end of June.

Ruwani was given antiviral medication but showed no signs of illness until Friday, the zoo said.

“Losing a third elephant to this terrible virus in such a short time is a tragic loss for Zurich Zoo,” said zoo director Severin Dressen.

Dressen points out that it was a very sad day for the Zurich zoo, and that “it is particularly frustrating that they are powerless against the virus, despite the best veterinary care.”

One group of elephants consisted of Ruwani, along with her mother Farha and grandmother Seila-Himali.

Umesh and Omisha made up the second group, which included their mother Indi and sister Chandra.

The zoo in Ciri also has a male Thai elephant.

Young elephants between the ages of two and eight are particularly susceptible to the herpes virus.

The zoo said there is a low risk of disease in the remaining elephants, and Farha is now the youngest, although she is 17 years old.