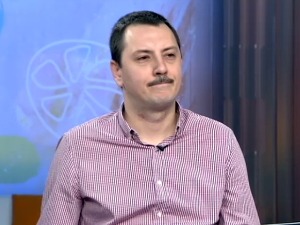 Bogdan Zivkovic, as a guest on the RTS morning program, said that the government in Montenegro was destabilized, and everything became even more complicated. by adopting a resolution on Srebrenica.

According to him, the ideological differences between the factors of the current government have been shown.

“On the one hand, there is the DF as a Serbian national organization for which Srebrenica is a crime, but not genocide, while on the other hand, Democrats and URA are committed to the West and the EU and have a different vision of that,” Zivkovic points out.

He explains that the processes that have been seen for a long time have come to the surface, criticism of Prime Minister Zdravko Krivokapic, whose, he says, bad moves have complicated the already complicated situation.

Zivkovic notes that the DPS not only appeared in the Assembly, after the boycott, voted for the resolution, but also initiated the crisis.

“The question of Leposavic was raised from the opposition. The DPS, which was forced into the opposition, realized that asking this question could destabilize the government, because with Leposavic’s answer, the government would lose the support of the West. The Srebrenica issue is important. proves moral superiority. Srebrenica is the main mythical and symbolic place through which Serbian rights are denied, “the historian explains.

He believes that the desire of the West is to suppress the possibility for Serbs and their political representatives to be part of the government in Montenegro through such a scandal, primarily in order to, he says, suppress Russian influence.

Three scenarios for resolving the crisis

Zivkovic states that there are three scenarios for resolving the crisis.

“The first is for Krivokapic to somehow continue to survive. I think he has a chance because he existed as a kind of temporary solution. The problem with that chance is that the church seems to distance itself from him, and in Montenegro it is terribly important, and was a source of its legitimacy, “the historian points out.

The remaining two scenarios, he says, are for three political factors – DF, Democrats and URA – to agree and vote for a new government or to go to new elections.

“I am afraid that they, in this divided society, would only increase political tensions and would not be good,” Zivkovic points out, adding that the situation is not naive and that relations between the DF and Krivokapic are complex.

Krivokapic, he says, is showing signs of agreement, but his rhetoric has been sharpened.

“Montenegro is a divided and fragile society, this lack of a clear and stable government only gives the opportunity for these social conflicts to manifest themselves. Strong conflicts in society are slowly spilling over into the street. If there is political stabilization, it can be expected that it will not escalate.” , notes Zivkovic.

He believes that Krivokapić is the main culprit for this situation because, he says, he has had time since August to stabilize the government.

Tomorrow, works will be carried out in Prishtina, here are the areas that will be left without water