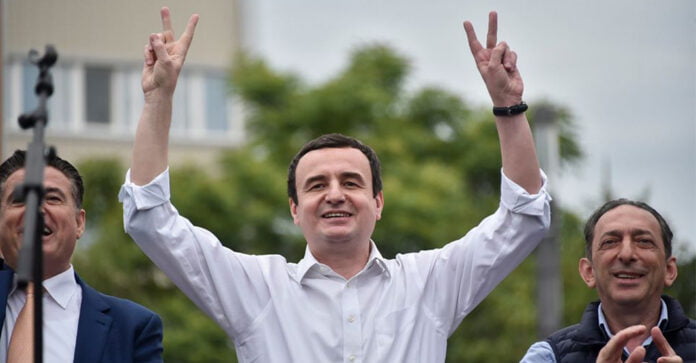 The chairman of the Vetëvendosje Movement, Albin Kurti, has opened the campaign for the local elections of October 17 through a video message.

Looking at past campaigns, Kosovo Prime Minister Albin Kurti said that Kosovo has undeniable achievements in terms of institutions.

“The municipality is the beginning of every policy and it is the place where the citizens share together the benefits that an honest policy can bring, as well as the place where they are organized to solve small and big problems that hinder us all or to any of us “, says Kurti in this video message.

Further, Kurti says that, “More and more than in any of the other Balkan countries, the citizen of Kosovo condemns politics when it weakens our country.”

“Therefore, I am confident that in the local elections that will be held on October 17, the citizens of Kosovo, everywhere, will vote for the modernization project, honest and humanistic, of the candidates supported by Vetëvendosje Movement and not for policies that return abuses of millions of euros. “and the arrogance and violence of those in power,” said Kurti.

Further, the head of VV also mentioned the non-postponement of the elections.

“The elections were not postponed, despite the recommendation of the NIPHK, on ​​the risk of a pandemic, now we will have to participate in the elections and the victory of February, to match it with that of October, municipality by municipality.

“Meanwhile and all the time, everywhere we respect the measures, we are vaccinated and we protect ourselves and each other”, said Prime Minister Kurti.

“We know that development and progress, increasing welfare, fighting corruption, are difficult.

We also know that regression, a return to the situation of impunity, is easy because the corrupt are still there, young and old, even in the municipalities, and are always ready for power, until the justice system is reformed. “, Said Kurti, Klankosova.tv reports.

Extreme Weather and Is There a Connection with Climate Change?