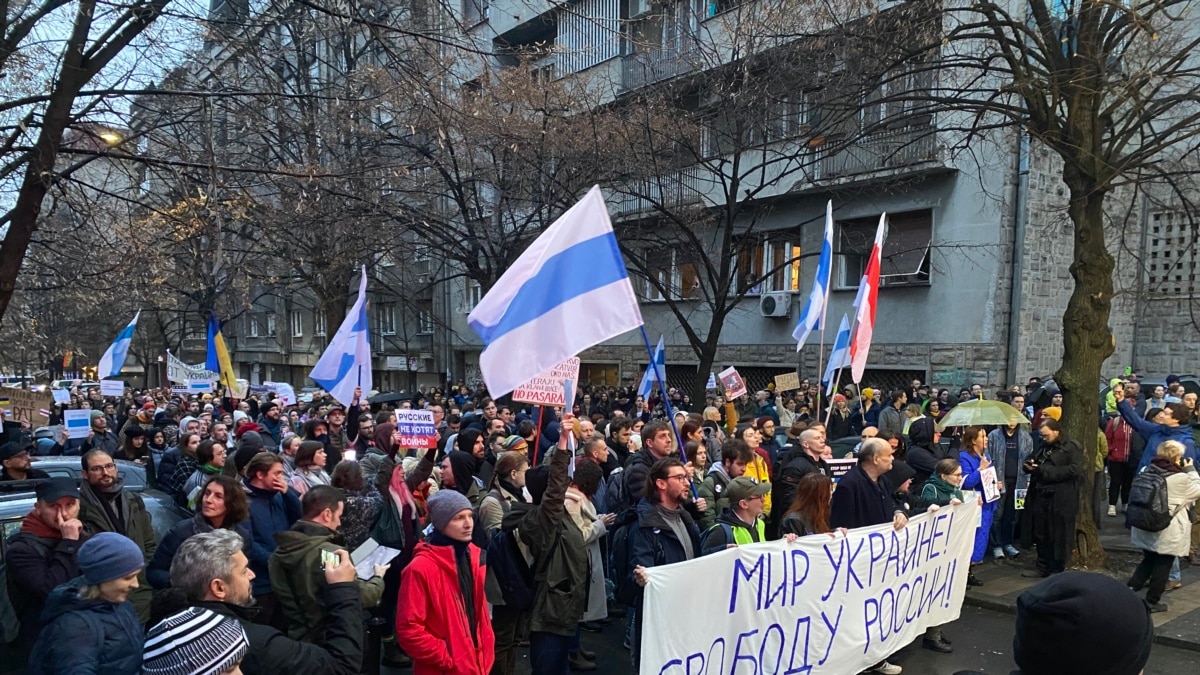 Russian military officials are proposing a major reorganization of the country’s armed forces, including increasing the age for mandatory conscription, as casualty rates from Moscow’s 10-month-old invasion of Ukraine continue to climb.

the proposals, announced Earlier this week by Defense Minister Sergei Shoigu, would expand the size of Russia’s armed forces by around 30 percent to 1.5 million troops and amount to a reversal of reforms undertaken more than a decade ago that sought to modernize its Soviet-era force structure.

They also amount to an acknowledgment of the systemic issues Russia’s military continues to face, problems highlighted by the grinding conflict in Ukraine.

Russia has recorded more than 100,000 dead and wounded in Ukraine since February, according to public estimates from Western intelligence and military officials. The last time Moscow disclosed an official death toll was in September, when Shoigu announced 5,937 soldiers had been killed in the war.

To replenish its forces in Ukraine, the Kremlin in September announced a mobilization campaign that aimed to bring to 300,000 men — mainly reservists and those with military experience – to assist in the fight.

The mobilization order was separate from the regular, biannual draft, which brings between 120,000 to 140,000 men twice a year into service. Those conscripts serve for one year.

Under current law, the draft targets men between the ages of 18-27. Those soldiers are not allowed to be sent abroad or into active combat.

Speaking on December 21 at an end-of-the-year conference with top military officials as well as President Vladimir Putin, Shoigu called for raising the age range for conscripts to 21-30, and he declared that Russia needs an overall force of 1.5 million to ensure “the fulfillment of tasks to guarantee Russia’s security.”

He gave no time frame for when that would happen.

Currently, Russia’s military has about 1.1 million soldiers in total.

With conscripts barred from serving in Ukraine, officials have turned to volunteer soldiers — “kontraktniki” — to wage the war. Prior to the February 24 invasion, Russia had about 400,000 contract soldiers in total, including about 150,000 in the ground forces.

The private military company Vagner Group has also fielded around 50,000 troops in Ukraine, according to Britain’s Defense Ministry, most of which are believed to be inmates recruited from Russian prisons with promises of early release.

Shoigu also proposed a major reorganization of military force structure, particularly in the Western Military District, whose forces are positioned opposite those of NATO member states.

Other changes would move some air force units under ground forces command, and existing infantry, marine, and airborne brigades would be turned into outright divisions, similar to what existed under Soviet structures.

If put into effect, the proposed reforms would undo a series of changes that were undertaken by Shoigu’s predecessor, Anatoly Serdyukov, after the 2008 war in Georgia, which showed glaring problems in Russia’s military.

Among other things, Serdyukov’s changes dismantled the Soviet-era structure of the armed forces, moving away from large divisions toward more mobile and largely self-sufficient brigades, and trying to increase interoperability of different branches.

Dara Massicot, a researcher on Russia’s armed forces at the RAND Corp., a US think tank, called the proposals for a “substantial” reorganization, and partial reversal of the Serdyukov reforms.

“Force structure was only one part of the reforms,” ​​she told RFE/RL. “So on that front, yes, it’s a major rollback. But the other tenets are still present: modern equipment, professional enlisted service, new weapons etc.”

But the shift away from the brigade structure back to the emphasis on divisions was a nod to thinking of older officer corps familiar with the Soviet structure.

“They always resented brigades and heavy reductions to the ground forces,” she said.

The mobilization order announced by President Vladimir Putin in September roiled Russian society, prompting a wave of emigration by men and women fleeing the prospect of being targeted and sent to war.

“I would not say that this is a reform. There really is no whiff of reform here,” Aleksei Tabalov, who heads the rights group School of Conscripts, said in an interview with CurrentTime. “True reform would be the creation of a fully professional army, where there would be no place for compulsory conscription.”

“There are two declared goals: to preserve the offensive operations in Ukraine and military opposition to NATO expansion. These are the two goals that are loudly declared and for the sake of which, in fact, the life of Russian society will be directed further, ” he added.