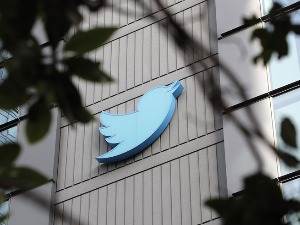 The @ElonJet account was run by Jack Sweeney, a 20-year-old student from Florida, who used publicly available flight tracking information to create a bot that tweeted every time Musk’s Gulfstream took off and landed at the airport.

It’s unclear what exactly led to the suspension of the account, and Sweeney confirmed Wednesday morning that the account had been banned. He shared a screenshot showing the message he received from Twitter.

“After careful review, we have determined that your account has violated Twitter’s rules. Your account has been permanently suspended,” the message said.

The latest post from the @ElonJet account showed Musk’s plane took off from Oakland, California on Monday and landed in Los Angeles 48 minutes later.

Before Musk took over Twitter, the Tesla CEO offered Sweeney $5,000 to stop “crazies” from tracking his flights. Sweeney countered by asking for $50,000, saying he could use the money for college and maybe a “Tesla” car.

In an exchange of messages in January, Musk said he didn’t feel it was right to “pay to shut this down.”

According to Reuters, Twitter also suspended accounts that followed the flights of Mark Zuckerberg, Jeff Bezos and Bill Gates.