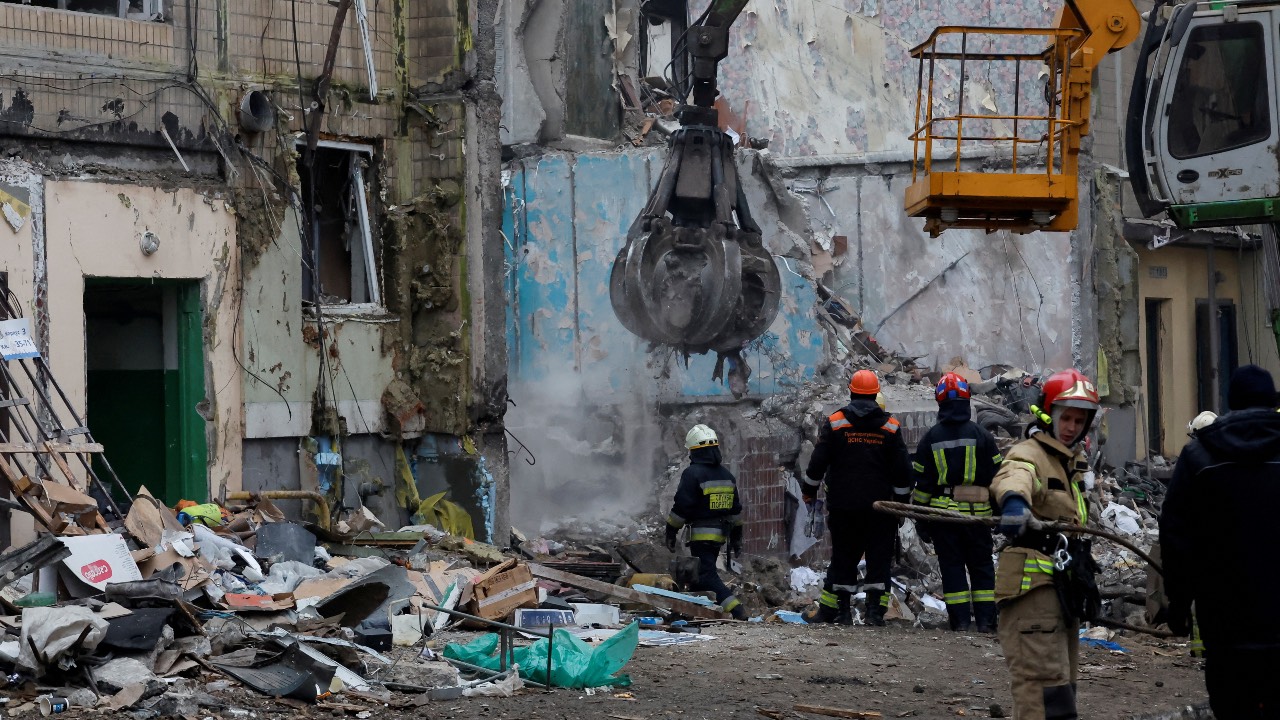 Emergency personnel work at the site where an apartment block was heavily damaged by a Russian missile strike in Dnipro, Ukraine. /Clodagh Kilcoyne/Reuters

Emergency personnel work at the site where an apartment block was heavily damaged by a Russian missile strike in Dnipro, Ukraine. /Clodagh Kilcoyne/Reuters

· Rescuers called off the search for victims of the Russian missile strike in the city of Dnipro, with 20 people still missing and funerals taking place in the grief-stricken Ukrainian city. The death toll has climbed to 45, making Saturday’s strike one of the deadliest attacks since the conflict began nearly 11 months ago, but the Kremlin denies responsibility.

· UN Secretary-General Antonio Guterres has condemned the Russian missile strike on an apartment building in the Ukrainian city of Dnipro as a possible war crimehis spokesperson said.

Serbian President Aleksandar Vucic has condemned Russian mercenary group Wagner for trying to recruit fighters from his country, after the group ran a local media advert for Serbs to fight in Ukraine. The criticism marks a rare public rebuke from the Serbian leader toward Russia, a steadfastly ally of the Balkan country. READ MORE BELOW

· The top UK diplomat warned Russian President Vladimir Putin that Britain will support Ukraine until they win the war, after Moscow was angered by London’s decision to send tanks. “The message we’re sending to Putin – and, frankly, anyone else that cares to be watching – is that we made a commitment to support Ukrainians until they are victorious,” Foreign Secretary James Cleverly said on a visit to Washington.

· Ukrainian President Volodymyr Zelenskyy said his country had received the first installment of an €18 billion loan from the European Union to get through 2023. The ongoing conflict has devastated Ukraine’s economy, with the former Soviet country relying on Western donors to shore up the economy. “Ukraine received the 1st €3 billion from the new €18 billion macro-financial program,” Zelenskyy said on Twitter.

· On accidental grenade blast in a Russian region bordering Ukraine has led to at least seven deaths, the Interfax news agency reported. “Four dead have been found among the missing. The number of victims has increased to seven people,” the emergency services told Interfax. It added that the search for four more people was continuing.

· Tennis Australia banned Russian and Belarusian flags at the Australian Open after Ukraine’s ambassador demanded action when they were seen among the crowd. Moscow called the ban on “unacceptable politicization of sports.”

· US Deputy Secretary of State Wendy Sherman traveled to Kyiv where she met with Volodymyr Zelenskyy and assured him of Washington’s “steadfast commitment” to Ukraine, the State Department said. She led a delegation to the Ukrainian capital to discuss assistance to bolster Ukraine’s security posture, improvements to its economy, and ways to develop an enduring bilateral trade partnership with the US

· Russia said that its armed forces would undergo “major changes” from 2023 to 2026, including changes in its composition and administrative reforms. The defense ministry said that the changes would happen as Russia boosts the number of its military personnel to 1.5 million. 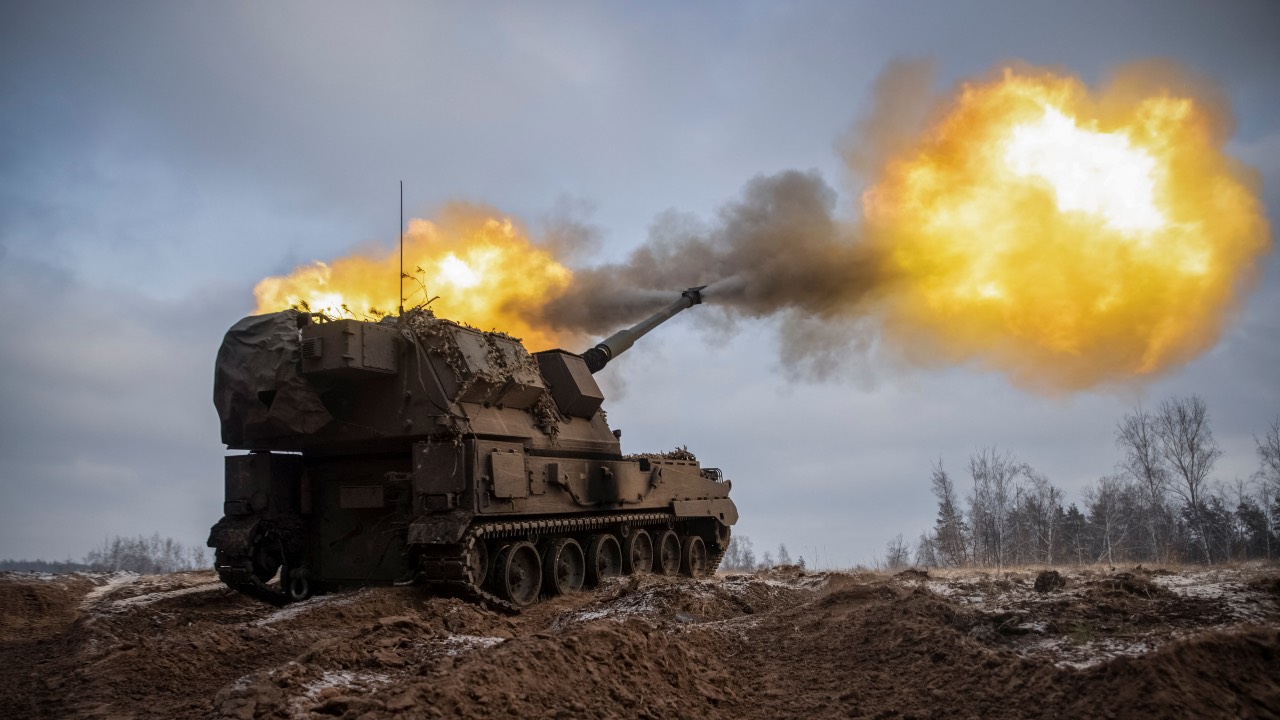 Ukrainian troops fire a Polish self-propelled Krab howitzer toward Russian positions on a frontline in the Donetsk region. /Oleksandr Ratushniak/Reuters

Ukrainian troops fire a Polish self-propelled Krab howitzer toward Russian positions on a frontline in the Donetsk region. /Oleksandr Ratushniak/Reuters

The criticism marks a rare public rebuke from the Serbian leader toward Russia, a steadfastly ally of the Balkan country.

“Why do you do that to Serbia?” Vucic said during a televised interview, according to the Beta news agency.

“Why do you, from Wagner, call when it is against the regulations?”

Small numbers of Serbians have fought alongside Russian-backed forces in Ukraine since fighting first broke out in the country in 2014.

The exact number of Serbs who fought in Ukraine has never been disclosed by officials.

Serbia has long been a reliable ally to Moscow, with shared Orthodox heritage, mutual hatred of NATO, and military alliances during several wars strengthening their relations.

Serbia remains the only European country – apart from Belarus – that did not join Western sanctions against Moscow.

Tens of thousands of Russians have relocated to Serbia since the outbreak of war, where most have been warmly welcomed.