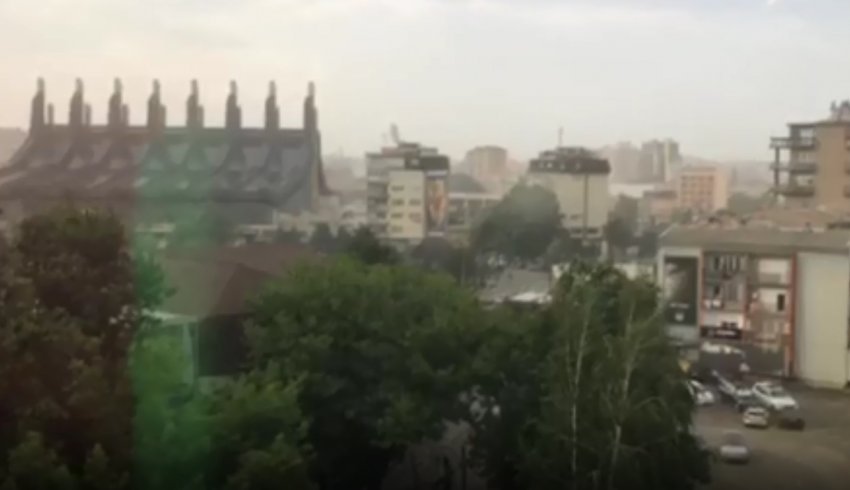 A sudden storm has engulfed the capital for a few minutes. Although temperatures today reached up to 36 degrees Celsius, a strong rainy wind swept over the city of Pristina.

According to the forecast of meteorologists, no storm was forecast for today, except for some ridges and light winds.

The Hydrometeorological Institute of Kosovo has announced that the hot air masses coming from North Africa (Desert of Chad and Nigeria), will remain stable for the following days, creating very hot and hot weather.

Cloudy skies were forecast in some areas, mainly around the mountainous relief, where a weak ridge was also foreseen. Minimum temperatures would range between 16-18 degrees Celsius, while daytime maximums between 35-38 degrees Celsius.

“The UV index remains at extreme values, so beware of direct contact with sunlight, especially the elderly and the rest of the population with chronic diseases. A light to moderate wind will blow from the southeast and northeast “, announced KHMI.

THE YOUNGEST CITIZENS IN THE CEREMONIAL HALL! Infants in Kikinda given present packages to assist mother and father / PHOTO /