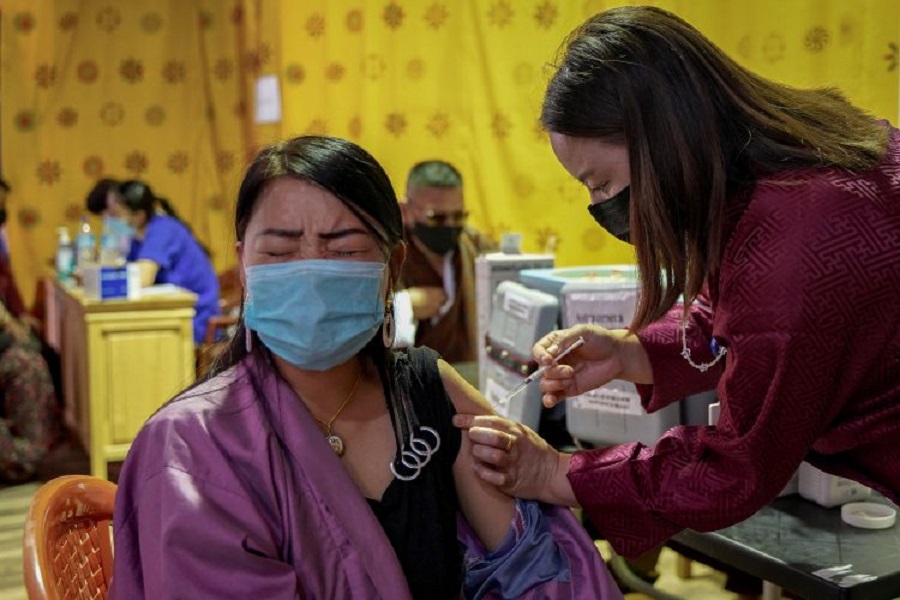 Following international donations, Bhutan vaccinated most of the population with the second dose in just one week, which UNICEF described as a “success story”.

More than 454,000 doses of vaccine were given last week in this remote Himalayan kingdom, or more than 85% of the adult population that can get the vaccine, or 530,000, AFP reports.

U.S. donations through Covax, along with Denmark, Croatia, Bulgaria, China and several other countries, will help make this Asian country one of the countries in South Asia that will be able to vaccinate its population quickly, despite the suspension. of vaccine exports from India, which has the largest factory. for the production of vaccines in the world.

UNICEF Representative in Bhutan Will Parks hailed the country’s ambitious vaccination plan as a “very successful story for Bhutan”.

“And if there’s one thing I hope the world can learn is that a country like Bhutan, with few doctors, very few nurses, but with a king and leadership really committed to mobilizing society, can be an example that is not “It is impossible to vaccinate the whole country,” he added.

The small Asian country used over 550,000 doses of AstraZeneca, donated by India in late March and began vaccination in early April, before India suspended vaccine exports due to a huge jump in the number of crown cases in that country.

Faced with a growing gap between the first and second doses, Bhutan appealed for donations. Half a million doses of Moderna vaccines were received from the United States through the Covax mechanism, and another 250,000 AstraZeneca arrived from Denmark in mid-July.

More than 400,000 vaccines AstraZeneca, Pfizer and Sinofarm are expected to arrive in Bhutan, which has a population of 770,000 from Croatia, Bulgaria, China and several other countries. The government, meanwhile, has purchased 200,000 doses of Pfizer, which are due to arrive later this year.

Bhutan, located between India and China, known as the only country in the world to have a Minister of Happiness and in which increasing “national happiness” is more important than increasing GDP, has so far only reported 2,500 cases of COVID and two deaths.

Unlike Bhutan’s case of rapid vaccination, other South Asian countries are still affected by the suspension of vaccine exports from India.