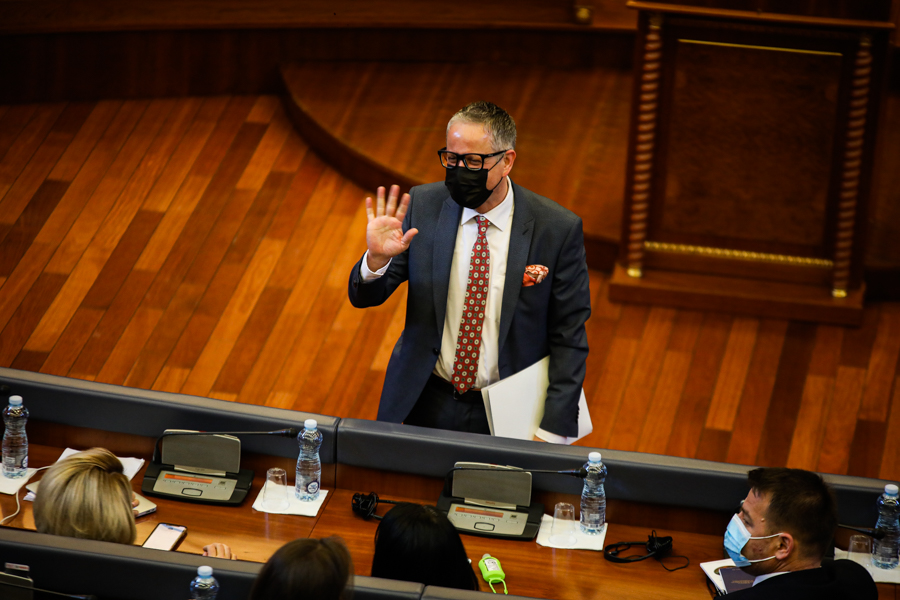 The Minister of Health, Arben Vitia said that soon the second contingent of vaccines will arrive in Kosovo, donated by COVAX, meanwhile he stressed that they are in talks with all manufacturing companies for which he said that they are on the right track for an optimistic agreement. .

Before the deputies of the Assembly of Kosovo, Minister Vitia said that due to the confidentiality of the negotiations I can not give details about the agreements.

In the parliamentary debate where the situation created by the Covid-19 pandemic is being discussed, the Minister of Health, Arben Vitia said that the situation in the health sector in Kosovo is under control.

“Meanwhile, we are waiting for the second contingent of vaccines from COVAX and now we are in direct talks with all manufacturing companies and with some of them we are well on our way to having a very optimistic agreement. I am sorry that due to the obligation to maintain the confidentiality of negotiations and agreements today I am not able to give them more details. “But I can assure you that we are on the right track with all the actors who are helping us to provide the necessary vaccination for the immunization of 60% of the age groups of citizens who are allowed to be vaccinated by the end of the year”, said Vitia.

In the parliamentary debate where the situation created by the Covid-19 pandemic is being discussed, the Minister of Health, Arben Vitia said that the situation in the health sector in Kosovo is under control.

“The situation in the health sector in general, and in pandemic management in particular, thanks to the tireless commitment and sacrifice of health workers is under control and with a tendency to improve,” he said.

While talking about the management of the pandemic during this month when he is in charge of the Ministry of Health, Vitia has compared the tests with the previous days.

“Official reports in recent days show that we have a decrease in new cases of Covid, reductions in hospitalizations and reductions in deaths, hospitalizations from over 900 at the end of March, to 700 according to recent reports, severe cases with oxygen therapy from an average of 700 or 750 as we had at the end of March, to 500 respectively 550 as reported in the previous days. Death from over 10 cases per day in less than 10 cases, single digit means in several consecutive days. “Our hospital capacities during this time have been released by 22%”, said Vitia.

He said that the measures taken by the government will remain in force and the same will be updated every two weeks, depending on the epidemiological situation on the ground.