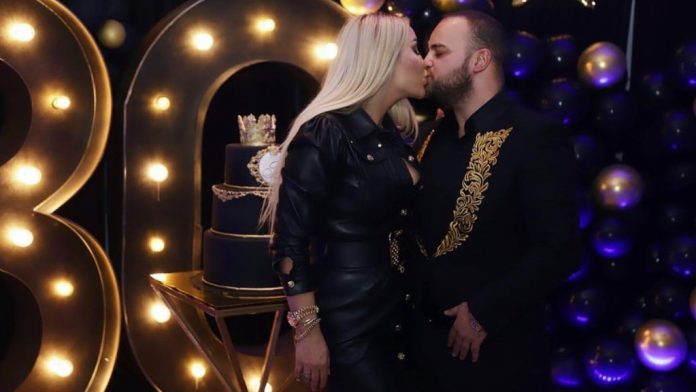 Well-known singer, Fjolla Morina continues to be wanted by the police.

But given that Fjolla is fearless towards the police, as she is living every moment without fear. Tonight, she received a surprise from her partner Fisnik Syla, on the occasion of Valentine.

He has selected a luxury hotel room, which he has covered with red rose petals, while in bed he has formed a heart. It was Fjolla who posted the romantic images on Instagram, where there is also a bathtub full of petals.

Recall that the singer was arrested on September 19 at the border crossing of Morina with two weapons in the car. While along with him was Syla and the driver.

She escaped while under house arrest, in a rented apartment in Kukës./express

A convincing victory, we received all 10 seats