We’re only a substitute, the Serbian group in North Mitrovica belongs to the federal government 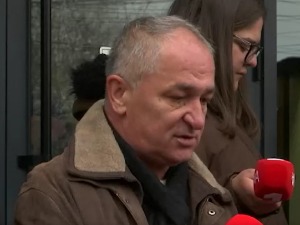 Nedžad Ugljanin, who is a representative of the Bosniaks, pointed out that the executive power, as well as the legislative power, belongs to the Serbian community and that it is not up to the minority community to take care of the majority community, because that is what they should do.

“We came to a house without a host. We know that the majority community should be the host in this situation, but we are not to blame for this situation. We will deal with political issues as little as possible, in the interest of all communities, regardless of their nationality, which are in accordance with the law and the statute of the municipality of North Mitrovica”, said Ugljanin.

He added that he will not deal with political matters, and that he will wait for April to reach the executive branch, because at the moment they are only the legislative branch.

“Without the executive power, we cannot function as a municipality. We will wait for that moment. We are ready. Maybe we will be the transitional government to leave it to the householder who left his house, to return to his house, so that he can take care of everything communities, especially the majority community, because as minority communities it is not up to us to take care of the majority community. On the contrary, it is their need and they should do it. We took on this role for the benefit of all citizens,” said Ugljanin.

In the North Mitrovica Municipality Assembly, 14 new councilors were sworn in, which elected a new convocation of parliament and formed a new legislative authority.

Among the new councilors, in the municipality with a majority Serbian population, one of the 16 deputies is a Serb, Dušan Milunović from the “Civic Initiative Serbian Survival” list.

After the Serbs left the Kosovo institutions, the CEC approved the replacement of councilors in the North Mitrovica Municipal Assembly, where Albanians are now in the majority.

The president in Pristina, Vjosa Osmani, scheduled the extraordinary elections for the president of the municipality of North Mitrovica, and the other three municipalities in the north, first for December 18, and then, due to the increase in tensions in the north, postponed to April 23 of the following year.

Serbian councilors, assembly presidents and four municipal presidents in all four municipalities in the north submitted at the beginning of last month collective resignations, dissatisfied with the government policy in Pristina.