A HOTEL COMPLEX IS BEING BUILT IN VRANJSKA BANJA! After this mission, Serbia will probably be acknowledged as a vacation spot of high spa tourism / PHOTO / 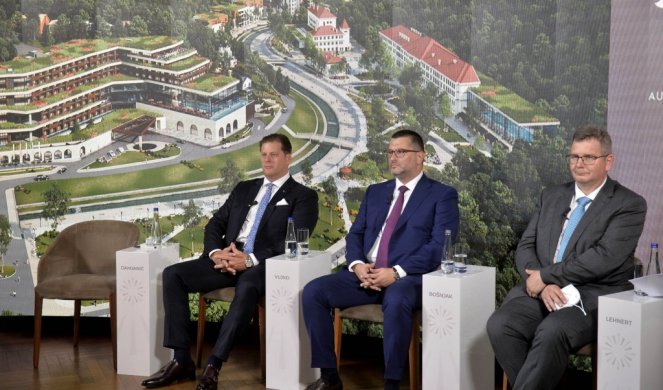 The director of the company “Millennium Team”, Stojan Vujko, said that Millennium will invest 90 million euros in that project, and that 350 jobs will be created.

He said that cooperation with one of the leading American companies would begin today, and that the signing of the agreement was a significant step in the development of economic relations between Serbia and the United States.

He emphasized that the contract for the Millennium is a big business step, which will show the ability and strength of that company for the hotel sector as well, since so far, as he says, it is known as a construction company.

He stated that the project of building a hotel complex in Vranjska Banja is important for the development of that area.

– We are sure that after this project, Serbia will be recognized as a destination of top spa tourism – said Vujko.

The director of the company “Millennium Resorts”, Ivan Bošnjak, said that the complex will have two hotels from the “Meriot” chain, as well as the medical center “Sofka”, and that spa apartments, villas and bungalows are planned.

– Vranjska Banja used to be an important tourist destination in the field of spa and health tourism, while today it is ruined, so that there is practically no tourism. This project will give new life and energy, we will create a new tourist destination – said the Bosniak.

He added that the project could not be realized without the understanding of state bodies and local self-government.

Marriott International Regional Vice President for Europe Markus Lehnert pointed out that the project of building a hotel complex in Vranjska Banja is a very important step for their company, and that after the capital, they are expanding the chain inland.

– This project is a very important signal – said Lehnert.

He added that investors have confidence in the investment environment in Serbia.