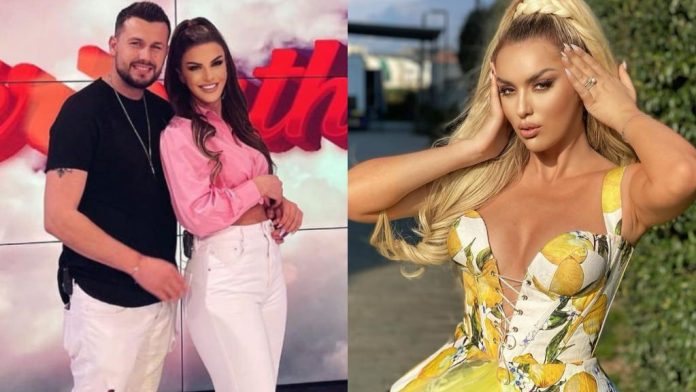 After 9 months, Mevlani decided today to leave “Për’puthen” for good.

Today, after a 1-week absence, Ledjana decided to return to the program, since she had the strongest story with Mevlani on the show. She said that these days she has reacted and revolted on social networks, because many people have thrown mud on her image with the story of her husband in Belgium, which according to her is not true.

During the show, like Mevlani and Ledjan, they were very tense and did not express their conviction if the couple would go out together. While Ledjana on the other hand admitted that he has feelings for Mevlani, but his actions do not give him security.

However, in the end everything was settled between them after they got up and danced together to the rhythm of the song that Mevlani dedicated to Ledjana. After their most beautiful moments were broadcast on the show, Antonela burst into tears.

The latter for a long time had a very close relationship with Mevlani, but then withdrew and decided to give way to Ledjana. Today Antonela said that she wants to see Mevlani happy as in the beginning and cast doubts after saying that he and Ledjana have always covered each other.

“I want Mevlani to return the smile he had in the beginning, even if he does not lie to himself in vain to appear good in public. I know him very well.

He is also very guilty, I do not want to blame only Ledjana. You have always covered each other, so you have no way of leaving Ledjana in the mud at the moment “, said Antonela between tears.

A HOTEL COMPLEX IS BEING BUILT IN VRANJSKA BANJA! After this mission, Serbia will probably be acknowledged as a vacation spot of high spa tourism / PHOTO /