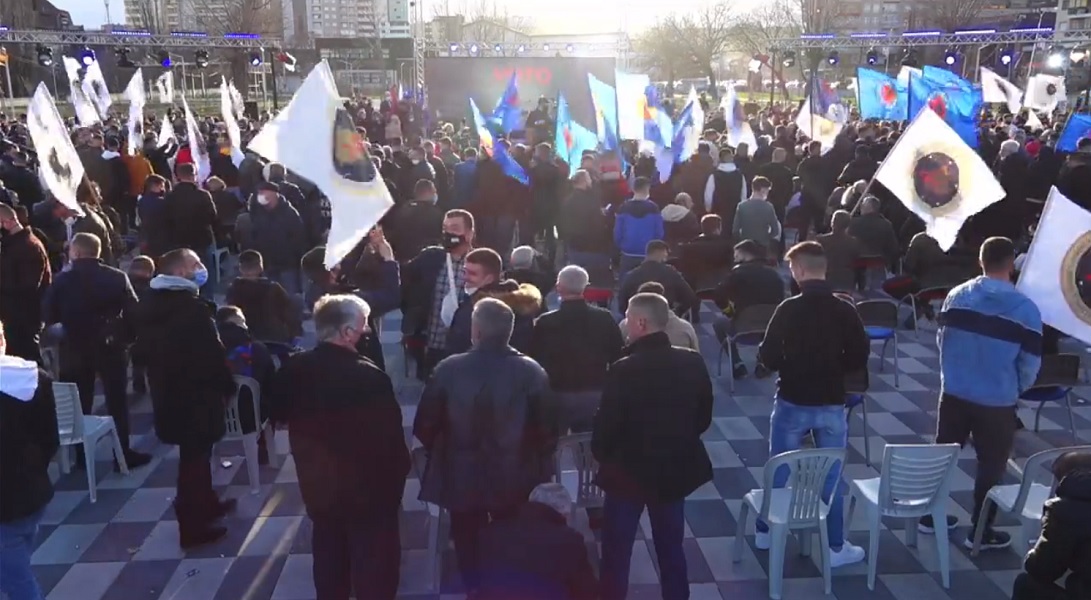 At the election rally of the Alliance for the Future of Kosovo in Gjakova, it was said that Kosovo could not have supreme commands more worthy than the leader of AAK, Ramush Haradinaj.

The candidate for president, Ramush Haradinaj said that Kosovo has many challenges, the youth in the country is expecting a job, while a part of our people is disappointed with the national governing policies. Therefore, for this he said that AAK has made the financial plan how to get the country out of the economic downturn, how to restore economic growth.

Haradinaj did not leave without mentioning the letter of the American President Biden that he sent to his Serbian counterpart, Aleksandar Vuiqi..

“The first problem is the economy that is in crisis, the pandemic has caused a crisis. Therefore, I need to intervene with an emergency fund. We have made the financial plan to stop the economic decline, to restore economic growth, to reopen jobs that Kosovo lacks. It will increase salaries, not only as provided by the Law on Wages, which law will return to force as a law on salaries, but also increase salaries as it anticipates economic growth, which should be 5 percent per year for all. As far as the minimum wage is concerned, we must not leave our citizen under 300 euros minimum wage… In my candidacy for president, we will give a solution to this long and endless wait for the international status of Kosovo to end, NATO membership, UN and recognition by Serbia… Today was also confirmed by President Biden’s letter to the President of Serbia, where he asks him to return to the dialogue for mutual recognition Kosovo-Serbia. This does not surprise us, we know it will happen. What surprises us is the inappropriate issue of the Serbian president. By discussing borders we do not help either the peace or the advancement of our peoples. Kosovo and Serbia need to know each other, but within existing borders”, Tha Haradinaj.

The mayor of Gjakova, Ardian Gjini stressed that what is most important is that Gjakova will give the president to all of Kosovo.

“You are here because Gjakova, Dukagjini, but also the whole of Kosovo, even the people who may not have voted for us, know one thing that Kosovo can not have the supreme commands of the Armed Forces more worthy than our leader Ramush Haradinaj. They can not, they know it themselves, they are clear and they understand that it can not happen otherwise… Today is another kind of gathering that is being held somewhere in a corner, in March last year when the budget was reviewed. To the Republic of Kosovo, Albini, who is there in the corner, has removed all the projects of Gjakova, completely, to zero. No one left. He has now come to Gjakova and is being told that he will build the Gjakova-Shkodra road. Look what I am telling you something, we have done the Gjakova-Shkodra road, unless you go to Albania with a paved road, I do not know what to do. But, we did it. “Do you know what we are doing, our war is the railway, it is being done and we will do it,” he said.

Former Minister Pal Lekaj said that the citizens of Gjakova have never experienced as good as with Ramush Haradinaj.

“The citizens of Gjakova have not experienced as good as with Ramush. They have never had security like with Ramush. President Gjakova loves you, has loved you and is in support. You have proved it since the first days that you love Gjakova “, said Lekaj.

Even in these cities, AAK has presented the candidates for deputy of the Assembly of Kosovo.