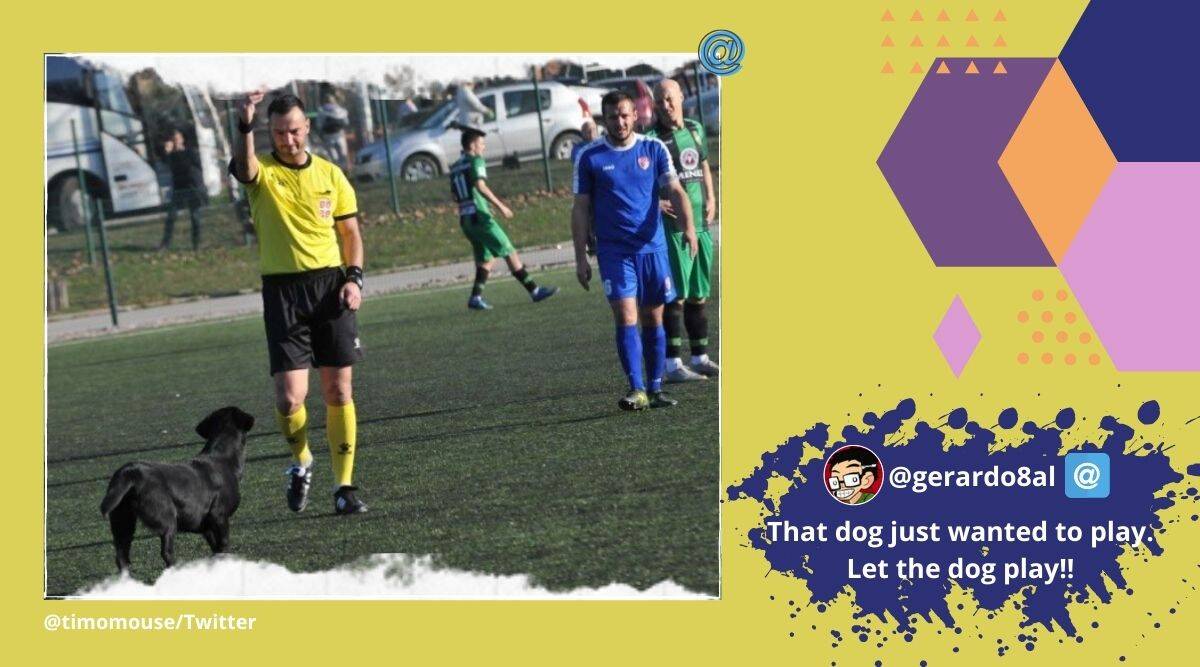 A dog that repeatedly entered a soccer field in Serbia on February 5 was “shown” the red card and taken off the field by the referee.

In a now viral picture originally posted by Sportski žurnal, a Serbian sports daily shows that referee Marko Ivkovic shows the dog a red card on which the players were being watched.

In a friendly between Kolubara and Radnički Kragujevac, an overexcited dog entered the game FOUR times. After the dog’s fourth incursion, the dog was removed from the field by the referee and when he refused to leave the field the match was abandoned. pic.twitter.com/eu9HFto8gX

The dog reportedly chased the ball relentlessly every time it walked onto the pitch before finally running away, according to a Reuters report.

Check out some of the responses here:

This dog just wanted to play. Let the dog play !!

That’s it. Football has officially reached its peak. A dog was given a red card for refusing to leave the field during a game between Kolubara and Radnički Kragujevac in Serbia. This picture is a work of art pic.twitter.com/J8Znq2FvsL

According to the report, Radnicki lost 3-0 to Kolubara in the game in 1923.