The Football Federation of Kosovo (FFK) has announced that the midfielder of Bayern Munich U-19, Behar Neziri has joined the Representative of Kosovo U-19.

Talent from all over Europe is continuing to join the first team and age teams of the Dardanelles.

The last to join the Kosovo team is the midfielder who is part of the Bayern Munich academy, Behar Neziri.

It is the Football Federation of Kosovo that through the official website has announced the arrival of Neziri in the U-19 team.

His presentation was made by the president of FFK, Agim Ademi.

Otherwise, the former coach of Kosovo U-15, Gazmend Haliti, says that Neziri made Kosovo unemployed three years ago. 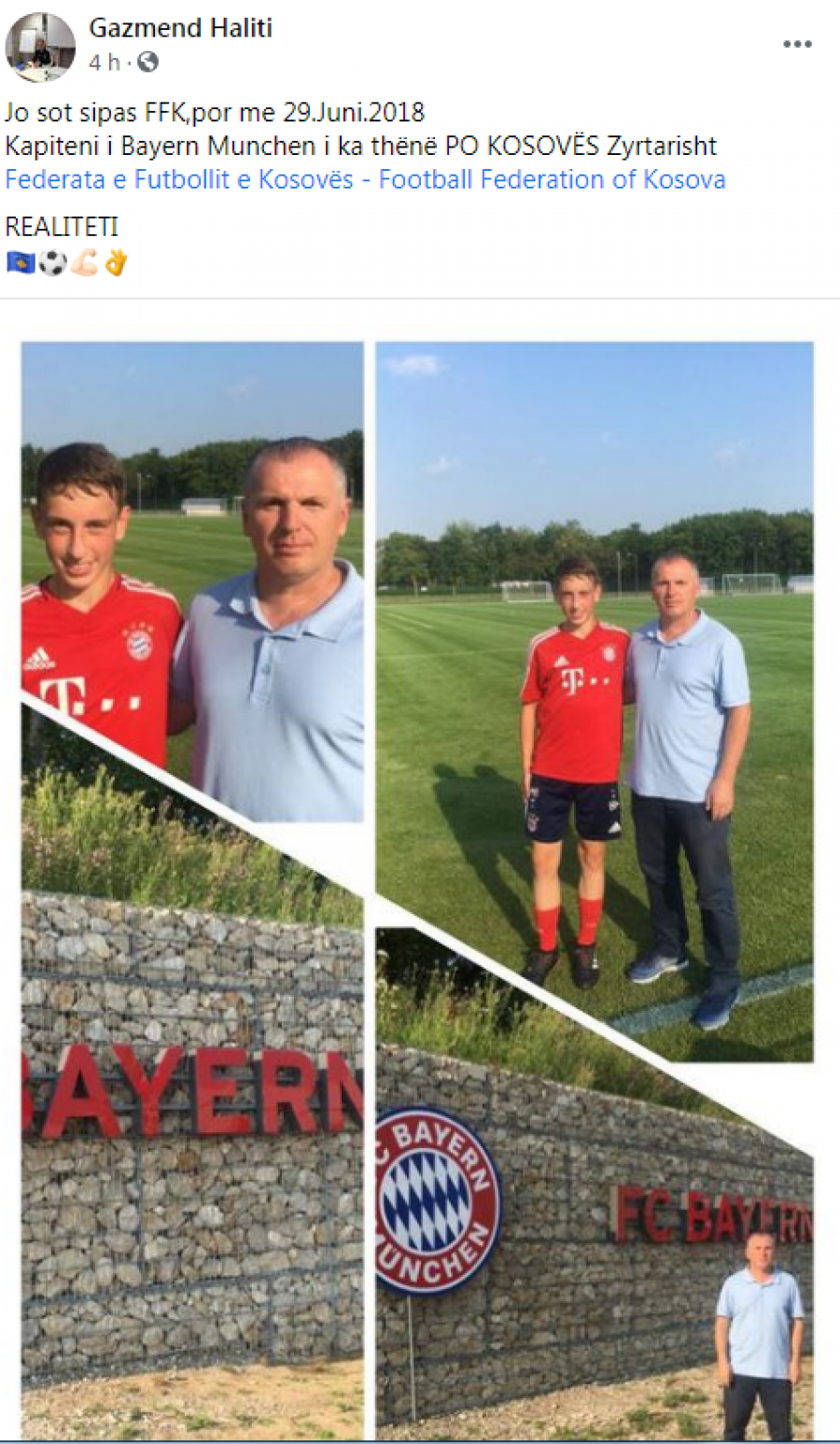