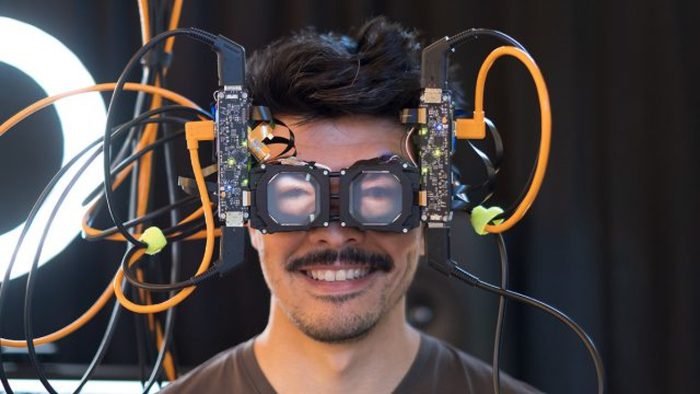 Researchers at Facebook Reality Labs have published their latest work, a prototype of VR (virtual reality) glasses consisting of two external screens, which show the eyes of the person who uses them.

According to social network researchers, the goal is to provide greater visual contact between the user and the world around them, especially when there are more people in the same room and when the so-called “passthrough” function is used.

This enables the transition from a comprehensive view of applications and games to a transparent one of reality, albeit with a delay in responding to moves.

Researchers have developed a high-tech solution to the problem, mounting not transparent glass, but a digital representation system, accurate in proportions and depth.

To external observers the glasses appear to show the user’s eyes, but the apparent depth is an illusion created by a bright field screen, external to the object.

“If we had used a classic screen, we would have seen the eyes fluctuate from side to side, away from a coherent field of view, which, in fact, is not present when you put something on the face,” explained the technicians. .