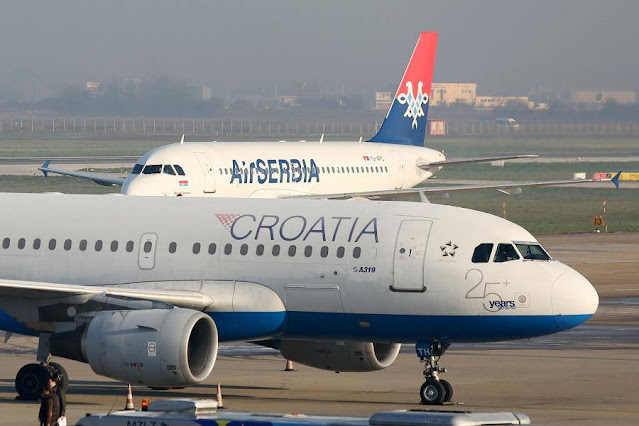 Consolidating airlines within the former Yugoslavia or wider Balkan region is unlikely at this point, Air Serbia’s CEO, Jiri Marek, told the “Aerotelegraph” portal recently. Although Mr Marek believes that such a development would be practical, and a sensitive way forward, he noted it is unrealistic. “I think in Europe, the attachment to an airline brand, not only on a country level, but even on a regional level, is very strong. Therefore, any form of consolidation is very, very hard to imagine. Strategically, I believe it would make great sense. But being realistic, I don’t think that it will happen in the near future. There are no serious talks going on right now,” the CEO said.

Over the years there have been attempts for some of the carriers in the former Yugoslavia to broaden their cooperation and synch operations. A 2012 initiative to merge the national carriers of the former Yugoslavia was blocked by political forces in the region. In 2013, Croatia Airlines said it was willing to merge its operations with Adria Airways but also added that politicians were unwilling to carry through with the plan. The second phase of such a tie-up would have included a merger with Montenegro Airlines. In 2014, Air Serbia attempted to conclude a codeshare partnership with its Croatian counterpart, however, this was knocked back. It had greater success in forging similar agreements with Adria Airways, Montenegro Airlines and B&H Airlines. Since then, all three of those have gone bankrupt and only three former Yugoslav markets now boast a flag carrier, each with varying degrees of success.

Commenting on Air Serbia’s operations in the region, Mr Marek noted, “We already fly to fifteen destinations in the region. That’s more than any other airline. And we will continue to add frequencies to all the countries since they also provide us with passenger flow for connecting flights, especially for our long haul operations”. Air Serbia still has a 100% ownership stake in AeroMak, a Macedonian registered airline which is inactive, and Pristina Air in Kosovo. The carrier also owns a 50% stake in the Banja Luka-based Air Srpska in Bosnia and Herzegovina, which is also inactive. The other 50% is owned by the Airports of Republika Srpska company.

Bleeding and in Pain, a Pregnant Woman in Louisiana Couldn’t Get Answers