Another photo of Ana with the competitor from Macedonia is published 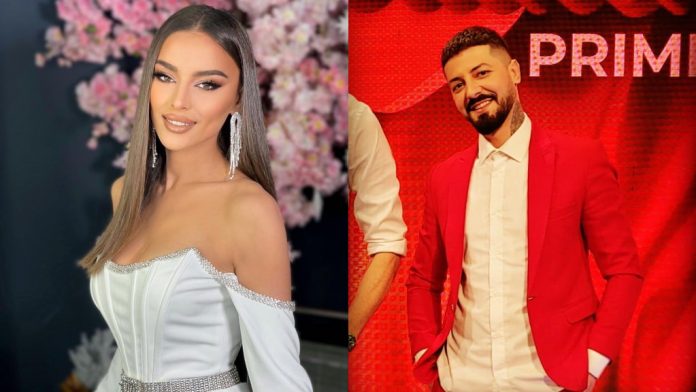 A few days ago, the media in Albania confirmed that the former competitors of “Për’puthen”, Ana Lleshi and Arsim Abdyli are in a love affair.

This news was confirmed in a way by Ana herself in an interview, when asked about her relationship with the boy from Macedonia. “Where there is a voice, it is not for nothing,” she told “Top Albania Radio”.

It seems that the couple has decided not to hide from the public eye anymore and if they used to be well guarded when going out with each other, now they have no problem at all. “Iconstyle.al” has provided a photo of Ana and Arsim in a public environment in the capital, while drinking something and talking to each other, without the presence of other people.

Although they did not join “Per’puthen” at the same time, they found a way to get to know each other and start such a rumored romance on the network. The boy caused Arsimi to finally leave “Per’puthen”, he said he would leave due to some personal reasons, further asked by Bora, he said he had to return to Switzerland to make some visits to his son.

However, immediately after leaving “Për’puthen”, she received the attention of the former competitor’s last post on InstaStory, a girl made such a significant gift to Education, a ring that made her very happy. He posted on InstaStory his hand with the ring on his finger, as he wrote: “Gifts do not matter, but beat.”

Thus, the media in Albania report that the girl who put the ring on was Ana./Express/