Antonela and Fation Kuqari are filmed together, the images are making the rounds of the network 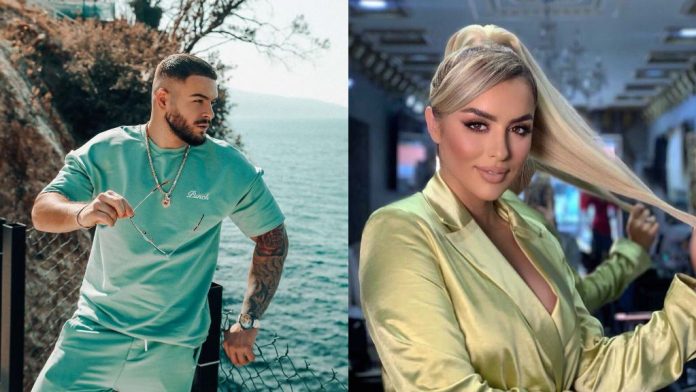 Just when we thought that the waters around Antonella with Mevlani, Renian and Atdheun calmed down, and that something was starting with the latter, a new video that is being distributed on the internet has surprised us all.

We know that the characters of Per’puthen maintain contacts with former competitors of the program, but the fans do not know what to think in this case. It is about Antonella and Fation Kuqari, the couple were filmed together, while the beauty from Shkodra got into the car of the former competitor, Fation’s face is not visible in the video, but it is clear that it is his vehicle as it has the same license plate, and before him has posted photos of his olive-colored Audit on Instagram.

Maybe there can be just friendship between Antoneles and Fation, however this has not stopped the viewers from speculating that there may be something more between them./Indeksonline/ THE CITY OF ZRENJANIN IS THINKING OF CATERERS! New monetary reliefs authorised, for March, April and Could, RENT UP TO 90 PERCENT LESS