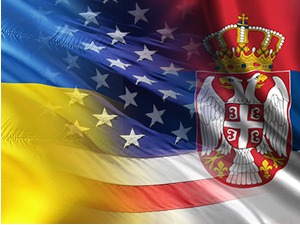 GOVERNOR. In several newspapers and television shows during the last months, it was announced that Sergiy Gaidai (not Serhii Gaidai!) the governor Luhansk region.

If it didn’t have a name, one might think it was an American or the governor our National Bank, not goals of the Lugansk Region.

In fact, Reuters journalists did not know how else to translate it nakedit’s with them the governorthe head of the administrative authority in the federal states of the USA.

WITH US. Golov we could have translated it literally, but in our country it is usually said head houses; head district or state we will say if that was our choice at the polling station.

Head can also have a pejorative meaning, a the chief is usually the one who heads the church.

Why not the governor?

We took it from French, and in ancient Greek it meant a ship’s manager.

In our country it used to be the person who manages someone’s education and upbringing, something like a man the governess.

And today is the governor in Serbia, the top manager of an institution, for example the governor National banks.

However, there is a meaning and manager of the city/townbut the examples are mostly from older Croatian literature, that meaning has been dropped from the newer editions of our dictionaries.

And whether goals may be governor? Better not, we will anger the Ukrainians.

CHIEF. Clear and unambiguous translation into Ukrainian naked we do not have. Maybe chief.

Meaning the highest representative of the government in the district, chief would be the most adequate translation for the manager of the Luhansk region.