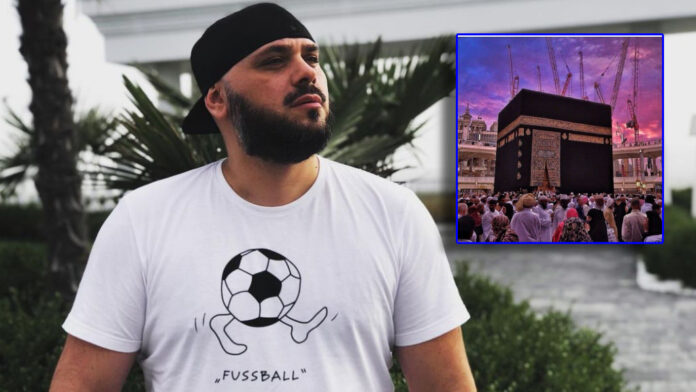 The famous rapper has expressed a concern through social media.

Don Arbas, has published in his story on Instagram a concern of his regarding a very popular video game, which enables the protagonist to kill people in the holy place, Mecca. “Here is one of our children’s games, Fortnine.

Since one of the levels is that you have to kill the people around the Kaaba. And then destroy the Ka’bah, to pass the level.

Imagine how they program the brains of our little ones to kill Muslims. “Boycott this game and do not let your children play,” Don Arbas wrote in the post.

Otherwise, the well-known rap artist is a user of social networks who shares his concerns as well as the problems of society that preoccupy him. We remind you that his latest musical project is the collaboration with Arta Bajrami./Lajmi Arsenal pay the Locatelli price, but the player wants the transfer to Juventus – Latest News

Hypothesis concerning the Fundamental Settlement is dangerous, the dialogue is heading for a optimistic final result