While Hoti wrote that Vjosa Osmani had to wait for Kurti’s wish to congratulate Rama for the victory in the April 25 elections in Albania.

Berisha said who became president, a man who won votes over the cause of hatred, over the anti-KLA.

“Piss in the presidency we have, fuck my mother, who made me president, the man who won votes with the cause and hatred against the KLA, except Fesim and Blert Muçaj are more under the logo of AAK”, wrote Berisha. 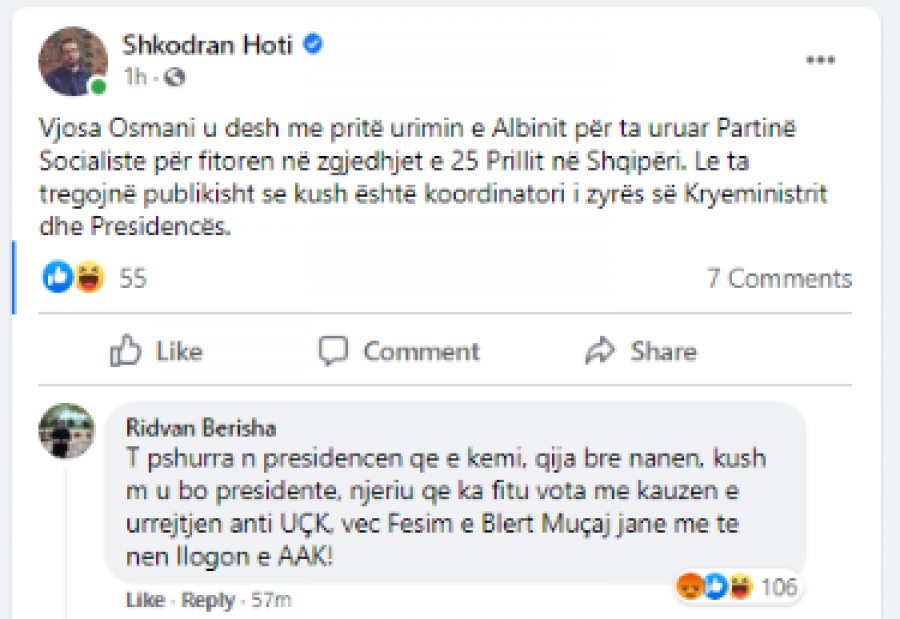