Billionaires in Silicon Valley are resigning en masse, does the home IT sector have a cause to fret 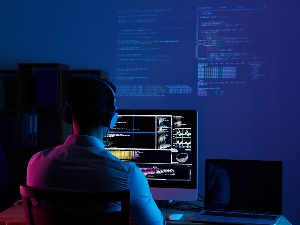 The almost simultaneous announcement by three IT billionaires that they would lay off thousands of employees was seen by many as the end of the era of the digital boom.

After a large increase in income during the pandemic, the first man of “Meta”, which includes Facebook, announced that the the company has been recording a decline for two quarters and admitted that the executives played a little bit. Way out of the current crisis, Mark Zuckerberg sees the dismissal of 13 percent of employees. Due to rising costs, savings measures in the form of 10,000 layoffs were also announced by “Amazon”.

“These two examples should be seen from the point of view of these two companies, because in 2020/21 ‘Amazon’ literally doubled the number of employees, while ‘Meta’ increased the number of employees by 30 percent in the last 12 months. So, if we take those 10,000 , which sounds like a lot, it’s approximately three percent of their workforce,” says Nebojša Bjelotomić from the “Digital Serbia” Initiative.

Elon Musk also decided to fire workers, and immediately when taking over Twitter. He sent an email to the workers who remained in the company, saying that they can keep their jobs, only if they agree to longer working hours and more intensive work. Employees in much smaller companies were also affected – more than 120,000 people were left without a job worldwide.

“To put it simply, they are tightening their belts and that now a little more attention is paid to the budgets in those large companies, than was the case in previous years,” says Marko Mudrinić from the Netokracija portal.

Nebojša Bjelotomić points out that “Amazon” is laying off workers in sectors that have been recording losses for years.

“What should be taken into account is that the situation is that everyone expects that there is a crisis and then it is okay to fire people. ‘Amazon’ has been firing people who have been making losses for years, that is, in the sector that deals with devices. ‘Alexa’, which had great expectations that it would become the center of everyone’s household, that didn’t quite happen,” explains Bjelotomić.

What awaits the Serbian IT scene

How world events will affect the Serbian IT scene, say the interlocutors, is not certain. For now, they do not expect a drop in employment.

“I would say that the situation with us in terms of financing is different. You see, all those large companies are profitable, they have raised large investment rounds over the years, which is not the case with our companies. Our companies are more traditional in that sense, they are financed from their own funds. of income,” says Marko Mudrinić from the Netokracija portal.

According to the latest data, the export of the Serbian IT industry will exceed 2.6 billion euros this year. In the past year, every second new job was in the IT sector. That’s why insiders claim – “there is no winter” for her, or at least not the angry ones.