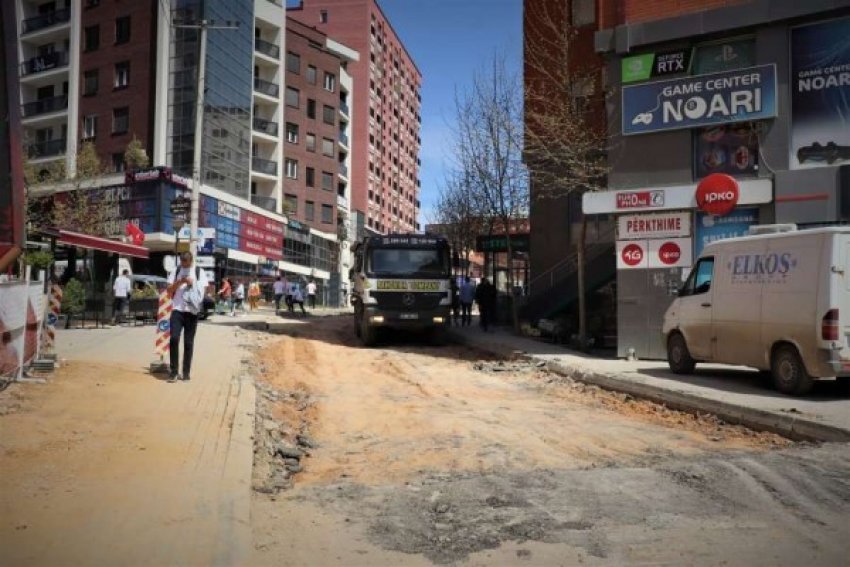 Citizens of Prishtina, residents of the street “Muharrem Fejza” in the neighborhood Mati 1 have addressed the CDHRF in Prishtina with a statement expressing the concern and major problems caused by the Municipality of Prishtina with the closure of this road for repair.

Residents of this neighborhood are complaining that the Municipality of Prishtina did not make any alternative solution, and are already being fined by the Kosovo Police.

To this end, these residents ask the CDHRF to take into account their complaints which are making their lives difficult.

While CDHRF estimates that the Municipality of Prishtina and the Kosovo Police should take into account the complaints of these residents until the completion of the regulation of this road.

This is the full notice of the CDHRF:

Citizens of Prishtina, residents of the street “Muharrem Fejza” in the neighborhood Mati 1 have addressed the CDHRF in Prishtina with a statement expressing the concern and major problems caused to them by the Municipality of Prishtina by closing this road for repair, without doing any other alternative solution, to enable their movement. Even so, this road has been congested due to the fact that in many cases it was blocked by buses, concrete pumps, trucks carrying inert and even concrete mixers. The Municipality of Prishtina, in an attempt to facilitate the traffic at the roundabout, had made some divisions that made the traffic even more difficult, and now, with the closure of this road, “Muharrem Fejza”, without making any alternative solution, this part of Prishtina and has turned into a traffic hell. Residents who are trapped, even in emergencies can not move by car, while some residents who have parked their vehicles in other places, have been fined several times by the Kosovo Police while they are not allowed to park their cars in front of houses. their own or in the building where they reside. The current leaders of the municipality of Prishtina have inherited a good and orderly infrastructure from the previous leadership (LDK) but did not know how to manage the situation properly. Unable to build additional infrastructure, they have entered into improvisations, making Prishtina almost a non-existent city in terms of the necessary living space, even in terms of minimum standards. The city of Prishtina has been transformed into an “architectural Hiroshima” or, in other words, it has been transformed into a construction site, ignoring all the rules that apply to other cities in different countries where the construction schedule is respected, the movement of heavy machinery during the schedule. certain, where the city infrastructure is protected from damage (leakage of concrete, inert materials on main roads as well as damage to the asphalt layer). The Municipality of Prishtina has completely failed to provide conditions for citizens to be calm, at least during the holidays, in the afternoon, at night, during the holidays and during the weekend breaks, because the constructions do not stop for a moment.

Four members of the Ramadani family died in the accident, the court decides on the driver – Latest News