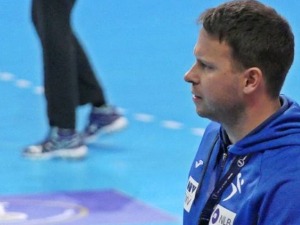 As it is stated, the management board of RS S made a decision on the appointment of Uroš Bregar as the new selector of the women’s national team of Serbia, and other members of the professional staff were appointed, that is, the coaches of the national teams.

He replaced Ljubomir Obradović in that position, with whom the Alliance terminated cooperation yesterday.

The president of the RSS, Milena Delic, commented on the election of Bregar as the new selector of the Serbian national team.

“I have known Uroš for a long time since his beginnings in the junior selections of the Slovenian national team. Even then he showed talent in coaching. A very ambitious boy, working for years really proved himself, especially in Ljubljana’s Crimea, where “He has always been close to the Champions League final. I know how he works, how much he is worth and how dedicated he is to his job. We know that our five players will be with him in Crimea next season. I think this is the most ideal solution,” said Delic.

“The barrage for the World Cup is waiting for us only a month after the Olympic qualifications, and in the meantime, Ljubomir Obradovic’s contract has expired. We had to think quickly and decide on a new coach in a short period of time. When all the circumstances are taken into account, I think Bregar is an ideal solution “, says Delic and adds that RSS does not give up any member of the national team.

“The federation does not want to give up any player. I do not divide them into old and young, regardless of the fact that we have one of the oldest national teams. The normal sequence of events will be that they will say goodbye to the national team one by one. We don’t have such a large fund of players to start a reform, so we can start the cycle with a junior team. We have done a lot of bad things for years and in the future we don’t have a lot of players who will be leaders in the senior national team. much more serious work in the younger selections and the creation of new national teams. This will take time, and these girls will be part of those who are at a high level and on whom the selector is counting, “concluded the president of the RSS.

PSD: Osmani last night lowered his head like an ostrich and raised his hand like a robotic MP under the orders of the chief – Latest News