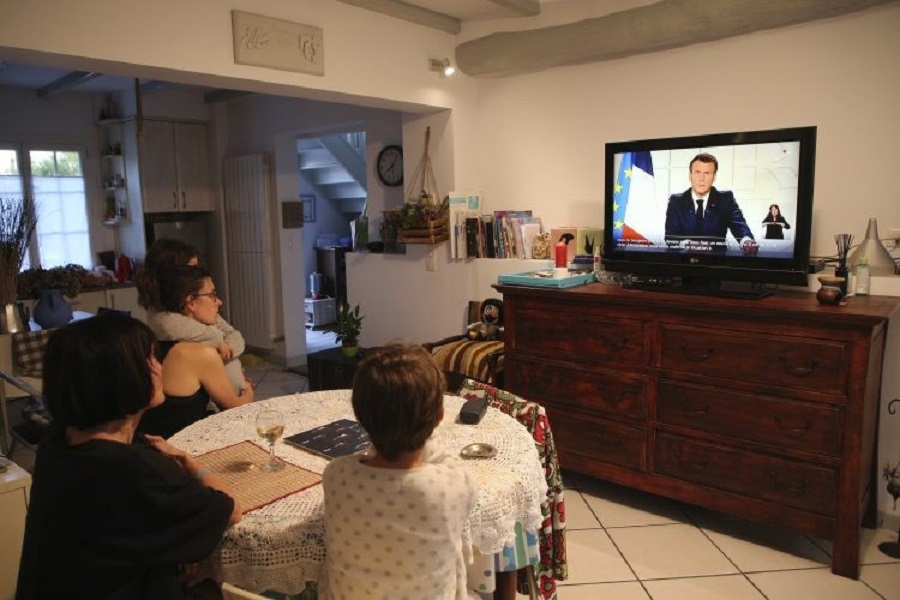 French hospitals have hired additional staff for the Easter weekend to cope with the expected increase in the number of coronavirus patients.

As the new variant of the virus spreads rapidly, and intensive care units are packed as in April last year, the government has closed all schools and introduced new restrictions that took effect Sunday across the country .

6,600 police officers are stationed in Paris to enforce new restrictions, which include a ban on moving more than 10 kilometers from home, a ban on gathering six or more people outside, and a nationwide curfew from 7 p.m. : 00.

On the Mediterranean coast near Marseilles, police patrolled the beaches today and fined people who drank or did not use masks during the sun.

The crowds filled the train stations in Paris on Friday evening and the masses headed towards the village. The National Railways Administration SNCF says it expects 600,000 people to travel over the weekend.

France ranks first in Europe and fourth in the world in terms of the number of patients with 4.8 million cases. It is the eighth deadliest in the world, with more than 96,000 deaths from COVID-19.