Chileans voted towards the brand new structure in a referendum 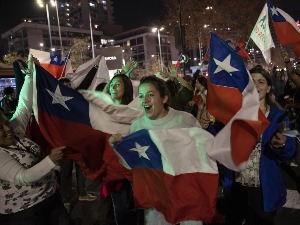 Based on 96 percent of the votes counted, 61.9 percent of people voted against the constitution, while 38.1 percent voted for the change, and going to the polls was mandatory.

Politicians who were in favor of changing the constitution admitted defeat, and President Gabriel Borić called a meeting of party leaders, which will be held in the La Moneda presidential palace.

The proposed constitution included a long list of social rights and guarantees, and the document established gender equality in the government and other state bodies.

The constitution was supposed to prioritize environmental protection and recognize Chile’s indigenous peoples, for the first time in the country’s history.