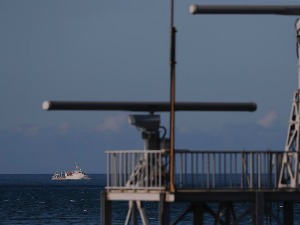 “He who plays with fire will get burned,” said Chinese President Xi Jinping and warned that Beijing is ready for a military scenario and conflict with America.

Dragan Bisenić does not believe that such a scenario is possible at the moment and that China will prefer to use other ways to bring Taiwan under control.

“It would not be said based on what is happening now that China will decide on an aggressive approach to the crisis in Taiwan. Right now it is moving within what it has announced, which is that it will demonstrate military force and how it could react. China can regain control over Taiwan by military means, but at this moment that border will not be crossed,” Bisenić believes.

He says that it would have been better for everyone if Nancy Pelosi had not visited Taiwan.

“The US President’s administration is aware of this, as it warned Pelosi that it is not a good time to visit,” says Bisenić.

The Taiwan Strait is the key to dominance over the Pacific

China will certainly shape further steps towards Taiwan because, as Bisenić says, Taiwan is currently stifling China’s further development and expansion in the Pacific.

“It is clear to China that without Taiwan it cannot hold the keys to its destiny, and it is certain that everything will be done to unite Taiwan with China, but it does not mean that it will be done by military means,” says Bisenić.

It reminds that Taiwan has historically always been a part of China, but there is an open ambiguity about what China is and what it means to someone.

Geographically, Taiwan belongs to the chain of islands connecting Japan and Malaysia, which is why it is strategically very important.

“The Taiwan Strait represents a distance of 81 kilometers between Taiwan and the Chinese mainland. Traffic from Japan is controlled from there, and if China had complete control over the strait, it would mean that China becomes the undisputed leader in the Pacific,” explains Bisenić.

China and Taiwan are an example, says Bisenić, that economic relations do not always bring good.

“Trade exchange between Taiwan and China is huge, but in the political sense there is no improvement and acceptance of the status quo,” says Bisenić.

At the end of the conversation, Bisenić says that it is indisputable that China will not allow Taiwan to control its destiny.